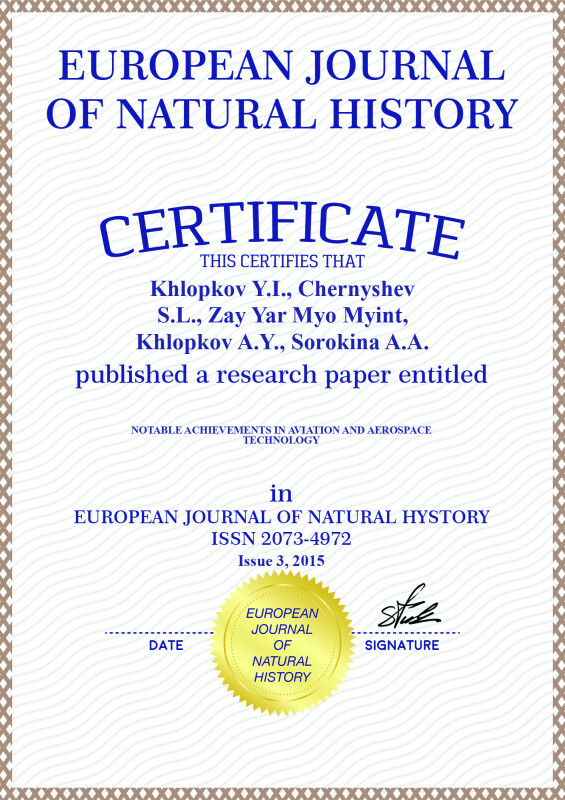 The cost of a launch the payload into orbit at the present time is still extremely high. This is due to the high cost of the rocket engine, complex control system, expensive materials used in the construction of rocket and their engine, and mainly by their single use.

At the end of XX and beginning of the XXI centuries, the unit cost of a deliver the payload into low earth orbit for non-reusable and reusable carrier of U.S. and Western Europe is approximately 10 000 to 25 000 $/kg. Since 1981, NASA’s dream of a reusable spacecraft “Space Shuttle” was realized and has launched more than 100 missions, but the price tag of space shuttle missions has changed not much. For space transportation system “Space Shuttle”, the cost of deliver payloads into low earth orbit is 10 416 $/kg (in 2011). Using the new generation expendable launch systems type of “Atlas V”, “Delta IV” and “Ariane 5” should lead to some reduction in the unit cost of launch, but, as expected, are not too significant. Due to the peculiarities of the development of space technology in the USSR, the unit cost to deliver payload into orbit by expendable launch system of Russian are noticeably smaller. For example, the cost of a launch by “Soyuz” and “Proton” actually is 2400 and 2100 $/kg, respectively. Nevertheless, further reducing the cost of a launch the payload into orbit associated with reusable hypersonic aircraft.

A new space transportation system being developed could make travel to geostationary earth orbit a daily event and transform the global economy. Theoretically, the most beneficial from an economic point of view, the delivery of payloads and passengers into space is the Russian idea “Space Elevator”.

In 1895, the father of astronautics Konstantin Eduardovich Tsiolkovsky in one of his articles described the gigantic structure with a rope stretched to the “Heavenly Palace” where had to climb the elevator, then to fly further into space.

The future “Space Elevator” would be made of a carbon nanotubes composite ribbon anchored to an offshore sea platform would stretch to a small counterweight approximately 100 000 km (62 000 miles) into space. Mechanical lifters attached to the ribbon would then climb the ribbon, carrying cargo and humans into space, at a price of only about 220 to 880 $/kg (100 to 400 $/lb).

At the Department of Aeromechanics and Flight Engineering (DAFE) of Moscow Institute of Physics and Technology (MIPT) was developed the information technology projects “ADANAT” (Aerodynamic Analysis of Ensuring the Establishment of Aviation and Space Techniques) and “TURBO SEARCH” by Professor Yuri Ivanovich Khlopkov. Many research grants from the Russian Foundation for Basic Research (RFBR) and Russian Science Foundation (RSF) supported these projects. The parallel calculation center of DAFE MIPT is equipped with the modern CFD software. DAFE with the famous organizations of Russia “Central Aerohydrodynamic Institute (TsAGI), Central Institute of Aviation Motor Development (TsIAM), Dorodnicyn Computing Centre of the Russian Academy of Sciences, Institute for Problems in Mechanics of the Russian Academy of Sciences, Sukhoi Aviation Holding Company, engineering company “TESIS”, etc” was defined many fundamental problems in the field of creation of new generation of aviation and space techniques. Development of the center allowed promoting in the solution of the most complex challenges of computing in aerothermodynamics problems. Some of these are the problems of hypersonic aerothermodynamics, rarefied gas dynamics and task about flows in turbojets, etc.

Under the projects the following books were published:

Historical overview of development of hypersonic and aerospace vehicles, perspective programs in aerospace programs of developed countries are presented in this book. Analysis of methods to predict aerothermodynamics characteristics of hypersonic and aerospace vehicles from orbital flight to continuum flow regime are also described. Application of cognitive approach in computational aerodynamics, in particularly, in hypersonic vehicle design technology is introduced. The basic principle of hypersonic propulsion systems: rocket engine, turbojets, ramjets, scramjets, and the dual-combustion ramjet are explained. The most beneficial system to deliver payloads and crews into space “Space Elevator”, the project plans and concepts are highlighted. In the last chapter, also highlighted that we need to consider medico-bilogical effect and to improve system for the medical support of human in space due to future space exploration plans of delivery manned spacecrafts with crews to the Moon and Mars.

Future space launch systems will be designed to reduce costs and improve dependability, safety, and reliability. In the meantime most military and scientific satellites will be launched into orbit by a family of expendable launch vehicles designed for a variety of missions. Every nation has their own launch systems, and there is strong competition in the commercial launch market to develop the next generation of launch systems. Developing a plan to realize a space elevator and reusable hypersonic vehicle system are to change our approach to operations in space exploration. Low cost, safe, reliable and flexible delivery of payloads to GEO.

The main strategy of space sciences at next step are: to continue the fundamental and applied physiological and biological research abroad international space station (ISS); space transporation systems and unmanned spacecrafts including research on international basis, to accumulate the new biomedical data related to the extra prolonged orbital manned flights and future flights of crews to the Moon and Mars; to provide the medico-engineering and ergonomic support of new manned space systems development; to improve system for the medical support of human in space. The study was supported by Russian Science Foundation.

The support from the Russian Foundation for Basic Research (Project No. 14-07-00564) are appreciated by the authors.