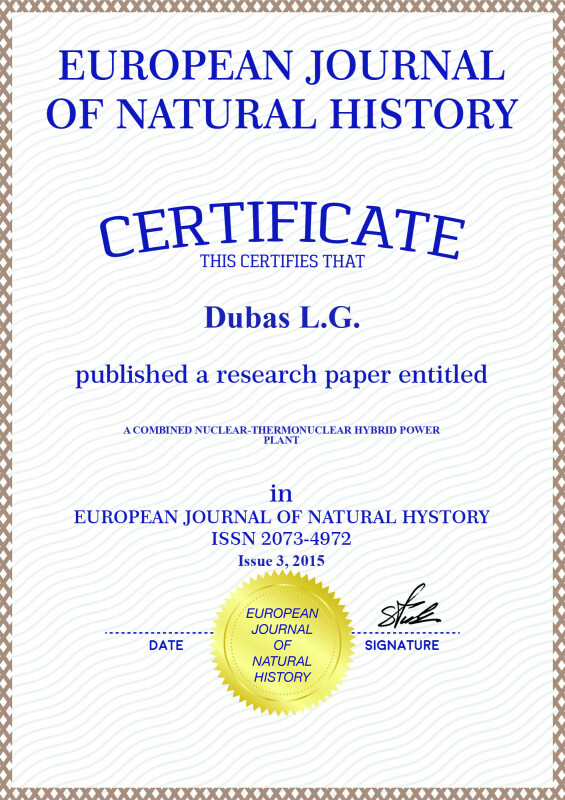 At high value of an effective electric current, there usual open lines of a high electric power transport are inefficient. Therefore, it is the reason to use a high-temperature superconductor for a high transmission of energy. Also the inefficiency to above appears and at high levels of effective electric voltage [2]. Besides, also consideration of a transmission of energy at a long distance, with materials of high electric insulation properties, compatible to electrification of transportation of energy by transmission on superconducting cables, is most probably.

The corresponding line of transfer of the electric power on the lowered frequency should be considered as a frequency drop insertion that is electric power connection between usual industrial networks of an electrical supply. For example, the result of unification frequency for a transmitted alternating current is accepting expedient choice of similar value is equal to 10 Hz [1].

Global electric connection between local industrial networks allows to lower non-uniformity of the electrical supply connected with diurnal oscillations in power consumption. It is expedient to use the future with combined nuclear-thermonuclear hybrid power plants for a feeding this low- frequency connection of power. One of possible directions in creation of thermonuclear reaction is the magnetically-inertial nuclear fusion [3], which is using sharpening impulse for electric current of target plasma flow. It can be applied in magnetically-inertial fusion generator of neutrons for nuclear-thermonuclear power plant with combination hybrid of nuclear fusion and nuclear fission.

So, it is necessary to give particular attention, symmetry of a design target devices of a capsule which can consist of a mix beryllides with tritium, deuterium and hydrogen, the covered shell from beryllium [4]. Also it is necessary to consider, probably, nuclear fusion reactions connected with beryllium, being in a capsule, and possible influences of impurities [5] with the electric charges.

Therefore between thermonuclear generator of neutrons and controlled nuclear energy reactor of a combined power reactor there is an additional frequency amplifier of a neutron impulses flow. It means that at high gain in this neutrons flows amplifier, the requirement to electric current value in thermonuclear generator for combined ignition of nuclear-thermonuclear reaction can be limited. The target which is used, with the form reminds “Y – pinch”, it is conic two-spiral [2] plasma pinch. Hypothetically, it is possible to assume use of the pulsed power generator for thermonuclear part of a hybrid power reactor with value of nominal current ≤ 17 MA (at the maximum current ≈ 20 MA).

At this current there can be no an ignition of independent thermonuclear reaction (owing to its inefficiency), however there can be a combined ignition of a hybrid of thermonuclear fusion reaction at the thermonuclear generator of neutrons and nuclear fission reaction at a nuclear impulse amplifier of the neutron flow (owing to presence of power amplifying). Impulses of a flow of the nuclear fusion neutrons, which are following with frequency, for example, ≈ 1/50 Hz, would make supervising of the neutron flow amplifier impulse with some impulses duration ratio integer N ≥ 1, or with respective frequency of impulses of nuclear neutrons ≈ N/50 in the amplifier of a neutron flow.

The possible expected quantity of neutrons ≥ 1017 of the amplifier flows with frequency 1/50 Hz.

It is probable; it has to be used technologies of cleaning of beryllium for power losses reducing in the thermonuclear generator of neutrons which are increased because of impurities of atoms with the electric charges in thermonuclear plasma. So, it is possible to assume hypothetically that optimization of thermonuclear microexplosion with pinch discharge use allows to be advanced to the solution of a problem on combined ignition of nuclear-thermonuclear hybrid reaction.