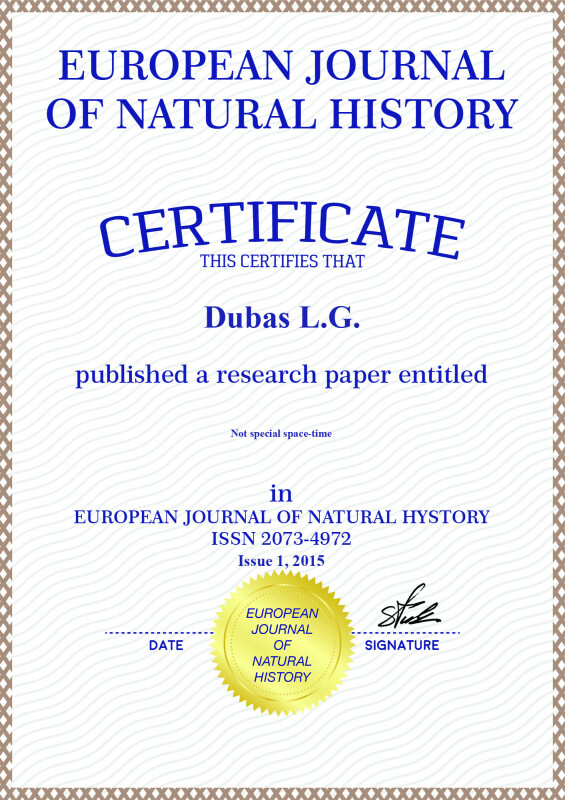 Hypothetically in space-time with the signature (+ – – – + – – …) the inertial metric is spotted. According to comparison of formulas (1) and (2), we can accept besides it time-like fifth or twelfth coordinate as hypothetically corresponding value to introduction of potential for interaction field. The potential tensor may be scalar, or vector, or matrix for the description of interactions.

Dimensionality of space-time is based on field classification for four-dimensional space-time.

The work is submitted to the International Scientific Conference “Modern problems of science and education”, Russia (Moscow), February, 10–12, 2015, came to the editorial office оn 25.01.2015.