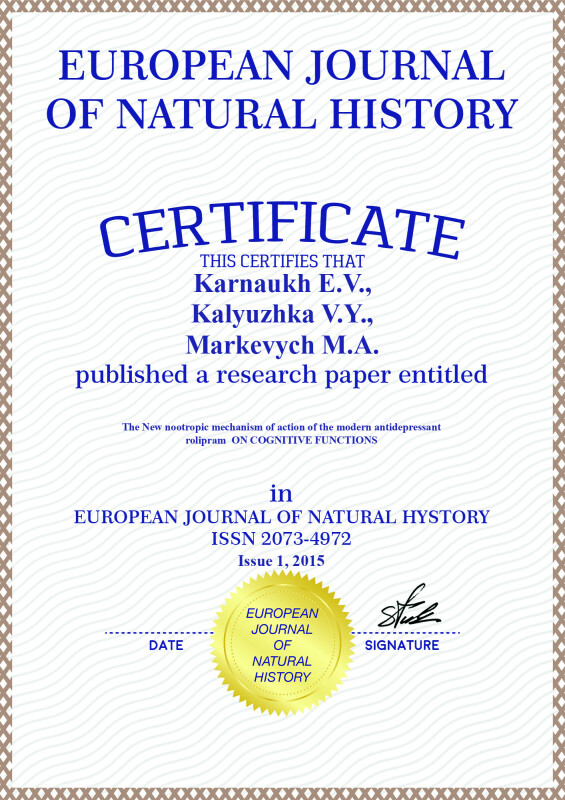 Nootropic drugs – a substance that has a specific effect on the higher integrative functions of the brain, improve memory, facilitate learning, stimulate intellectual activity, increases the resistance of the brain to the damaging factors improving cortical-subcortical connections. Now the main mechanism of action of nootropic agents considered the impact on the metabolic and bioenergetic processes in the nerve cell and the interaction with the neurotransmitter systems of the brain.

The activation of neurons in specific metabolic pathways involving the nuclear-cytoplasmic CREB-protein is one of the most promising in terms effective influence on the central nervous system mechanisms of action of neuroprotective drugs. The CREB (cAMP responsive element binding protein) is a protein, which initiates the transcription of genes involving cAMP sensitive elements in their promoter. Increasing the concentration of calcium or cAMP can trigger the phosphorylation and activation of CREB. This transcription factor is a component of the signaling system and regulates a wide variety of processes, including circadian rhythms and memory formation.

Antidepressant Rolipram stimulates cAMP / PKA / CREB signaling pathway by a specific inhibition of phosphodiesterase type 4 (PDE4), the isoform of the enzyme that catalyzes the hydrolysis of cAMP. Rolipram can increase long-term potentiation and accelerate the consolidation of short-term memory to long-term.

Using Rolipram expedient to for improving cognitive abilities in healthy people, and for the treatment of neurological disorders of different etiologies.

The work is submitted to the International Scientific Conference “Integration of science and education”, Maldives, February, 13–20, 2015, came to the editorial office оn 22.12.2014.