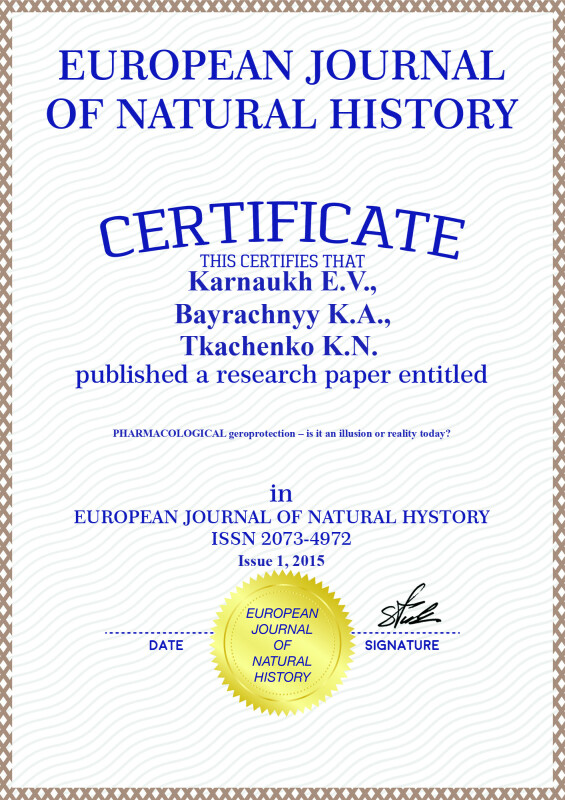 PHARMACOLOGICAL geroprotection – is it an illusion or reality today?

Since ancient times, old age is concerned about humanity. From an evolutionary point of view of modern humans entered the stage of elevated rates of aging. And modern science is obliged not only to increase the human lifespan, but also increase the population of active working age. This is very important in terms of social and economic development of modern civilized society. The aging process is studying gerontology science that examines the various methods and systems (physical, natural, chemical and other) life extension. Among the most innovative – indian technique of the autoplazmolifting “Dracula therapy”, gene expression cell aging skin “Sciton BroadBand Light” (Stanford University), microsurgical implantation Aptos threads (Research Center of Surgery by B.V. Petrovsky, Russia), product line “Transfer Factor” based on concentrated extracts of bovine colostrum and chicken egg (professor A. Chizhov, Russia).

In modern gerontological literature the geroprotectors beneficial effects attributed to their specific effect on certain mechanisms that slow down the rate of aging and increase the functionality of the body (for example, free-radical theory of aging, normalization of immunity, endocrine and nervous system). But most scientists still believe that today there is no one true geroprotector with scientifically proven undeniable positive effect without the dangerous side effects (without carcinogenesis). All known tsitogerontologicheskoy models (for example, Hayflick model) based only on certain assumptions and correlations
do not directly relate to the essence of the aging process. So the secret to longevity and immortality for mankind yet remains closed.

The work is submitted to the International Scientific Conference “The quality of life of patients with various nosological forms”, Mauritius, February, 17–24, 2015, came to the editorial office
оn 22.12.2014.