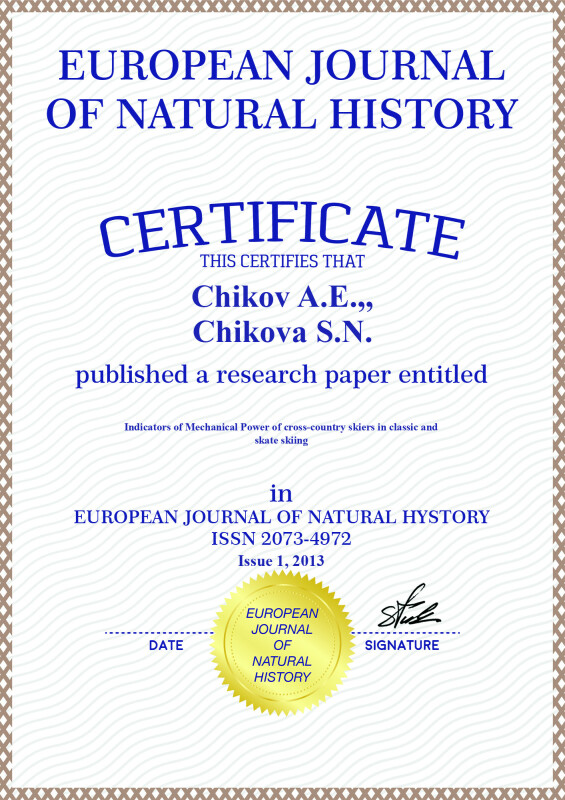 To estimate the total outer power (Pto) of racing skiers when they go skiing is of primary importance as it enables to study principles of metabolic energy transformation into speed, therefore, to study its effectiveness.

Thus, we see that indicators of mechanical power are different and depend on the number of involved muscle groups. Judging by subjective observations, we can say that the described gliding types are ranked differently in speed. First comes skate simultaneous one-step skiing, then classic simultaneous stepless skiing, then the other two. It is obvious that metabolic energy is transformed differently in each type. The following research will enable us to identify the pattern and to provide recommendations for training programmes and competitions.

The article is written with the support of Russian State Humanities Fund, project № 11-36-00312а2.