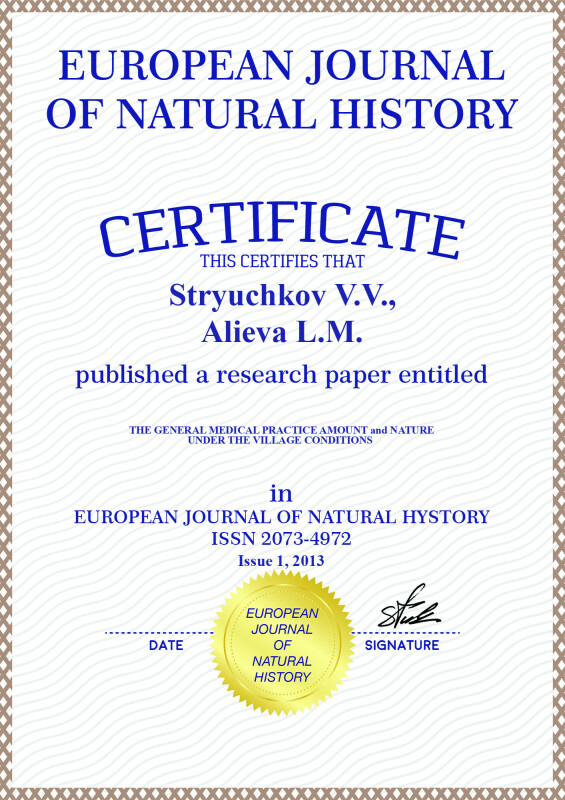 THE GENERAL MEDICAL PRACTICE AMOUNT and NATURE UNDER THE VILLAGE CONDITIONS

Article in PDF
236 KB
The general medical practitioners work’s volume and nature, having worked in the Penzenskaya Region rural areas have been presented in the paper. The curative, preventive work amount, and also the specialized medical care volumes, provided by GPs have been given in this paper.
the general physician
sick calls
general medical practice
rural area
service registration population to GMP

At the present stage, the public health care reform is aimed at the strengthening role of the primary medical and sanitary care (PMSC). And practically almost all of the world Community is developing PMSC on the general medical practice (GMP) principle (Kalininskaya A.A. et.al., 2011).

So, the general practitioner (GP) is being become the central figure in the public health care delivery in the rural areas (Denisov E.N., Chernienko E.I., et. al., 2008; Kalininskaya A.A., Dzugaev A.K., et. al., 2012). At the same time, the general medical practice (GMP) is slowly being introduced in the village.

So, in the process of the study, the general medical practice certification had been performed by us, having worked in the Penzinskya Region’s rural areas, which allowed us to be determined the organizational structure, and the people’s current number, having attached the GP. Thus, the rural population by the general practitioners provision in the Region has been made up 2,8 for 10 thousand of the people concerned.

Further, in the development of the Public Health Ministry order of the Russian Federation № 350, dated from 20, November, 2002 «On the Ambulatory–Outpatient Care Improvement to the Russian Federation Population», RF MPH and SD № 584, the order, dated from 04.08.2006, has been issued «On the Public Health Medical Services Organization Order for the District Principle». The general practitioner’s position (e.g. the family doctor) is being set at the rate of: the one position for 1 500 people of the adult population, and the one for 1 200 people of the adult and the children population. So, for the GP’s each position, the two posts of the medical nurses in the general practice are being established.

It, moreover, should be noted, that 51 % of GPs, having worked in the rural MP of the Penzenskaya Region, are serving as the adult, well as the children population, and 49,0 % of the GPs – only the adult population.

So, the general practitioners (GPs), having worked in the rural areas, practically provide all the necessary medical care in 11 specialties. The GPs work volumes, under the current circumstances, have already been presented in the table. The sick calls frequency to GPs, having served, as the adult, well as the children population in the rural areas, with the medical treatment purpose, has been made up 3,888,1 people per 1,000 of the respective population. At GPs, having served only the adult population, the house calls frequency to GPs has been made up 2.979,0 people of the respective population.