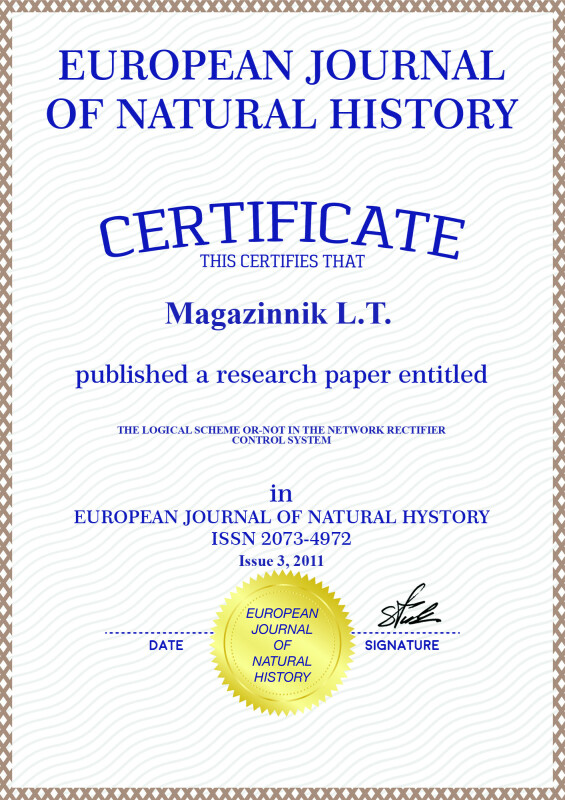 THE LOGICAL SCHEME OR-NOT IN THE NETWORK RECTIFIER CONTROL SYSTEM

Single-phase secondary power supplies containing a network rectifier with a filter condenser at the output and a one or fuo-stroke inverter connected with it have bound a wide application both in installations of small and big (up 10 kw) capacity (inverter werding devices, single- phase plasmotrones, special electric drives etc ).

It is obvious that at capacities above 1 kw the second method is preferable from the economic point of view. Besides, in emergencies locking out of a rectifier is necessary but is feasible only for an operated or semi-operated network rectifier.

Simplification of a control systems is achieved by means of a logical scheme OR-NOT consisting of three optoelectronic pairs and a fransis for key instead of a power and synchronization unit and an impulse-phase control system.

The logical scheme in the control system is given in Figure.

It has allowed to simply essentially the control systems as a whole by replacing the power and synchronization unit as a whole as the system of impulse phase control by a simple logical scheme.