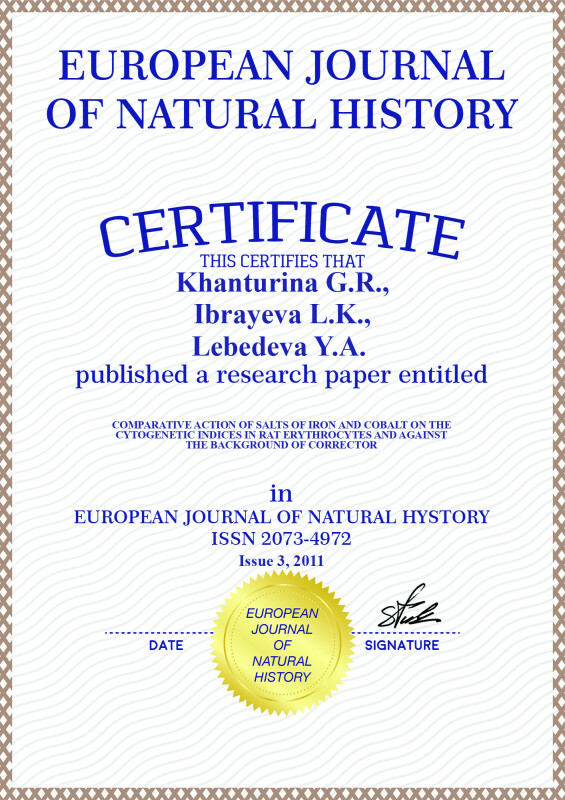 It was found that acute intoxication of animals with heavy metalsincreased the number of cells with micronuclears. There has been a rapid distribution of metals in cells, then tissues and organs, which led to the development of toxic effect on the level of hematopoietic cells, resulting in the development of cytogenetic disorders. In acute intoxication the most damaging effect on the erythrocyteswas observed in the following descending order of heavy metals in the sequence: Co → Fe. The drug «Lady´s-mantle» from the group of bioflavonoids reaches a positive therapeutic effect by stabilizing cell membranes, neutralization of toxic free radicals et al. It is arguable that the effect of preparation decreased the toxic effect of heavy metals in the blood cells of laboratory rats.