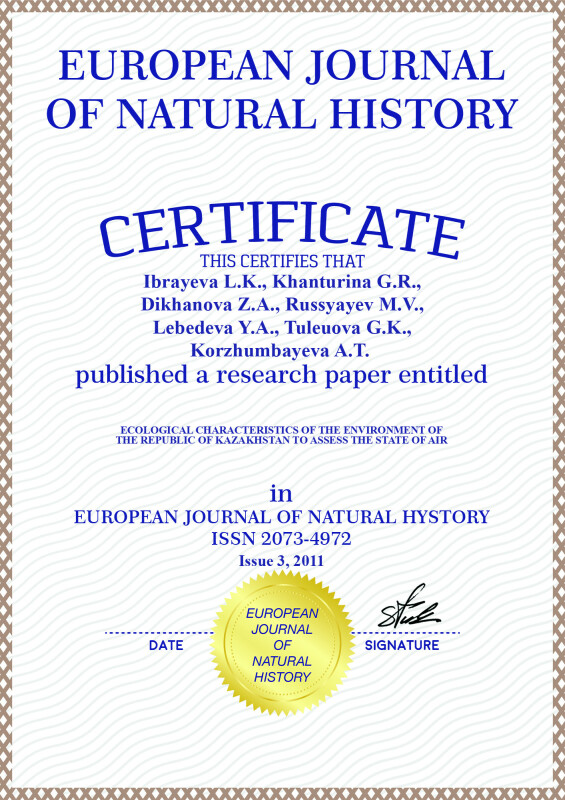 One of the most important aspects of the environmental characteristics of the environment is the level of air pollution. The problem of environmental pollution in the Republic of Kazakhstan has attracted increasing attention in connection with the steady growth of the total power of energy, industrial production and transportation - the main sources of emissions. Immediate danger of air pollution in urban areas is associated with adverse effects on human health.

Causes high levels of air pollution are outdated production technology, inefficient sewage treatment plants, poor quality of fuel, poor use of renewable and non-conventional energy sources. The most of the population from industrial centers live in areas of high impact of harmful emissions. In developing projects of maximum permissible emissions design organizations are not considered carcinogenic substances, persistent organic compounds, resulting in difficult work to integrate these chemicals and laboratory monitoring. There has been an increase in emissions of priority pollutants such as sulfur dioxide, nitrogen dioxide, carbon monoxide.

This situation requires immediate adoption of adequate measures to reduce concentrations of harmful substances in the air environment. The Republic of Kazakhstan has developed the concept of ecological safety for 2004-2015 on December 3, 2003 № 1241, which focuses on prevention of critical situation (hazardous) to human health.

In this connection should be equipped with stationary sources of effective treatment systems from nitrogen oxides, carbon, sulfur, modernization of the technological and sanitary measures, the application alternative fuels, improving the functional structure of the city planning and traffic management.

The work is submitted to the International Scientific Conference «Modern problems of environment», Canary Islands, 11-18th March 2011, came to the editorial office оn 11.02.2010.