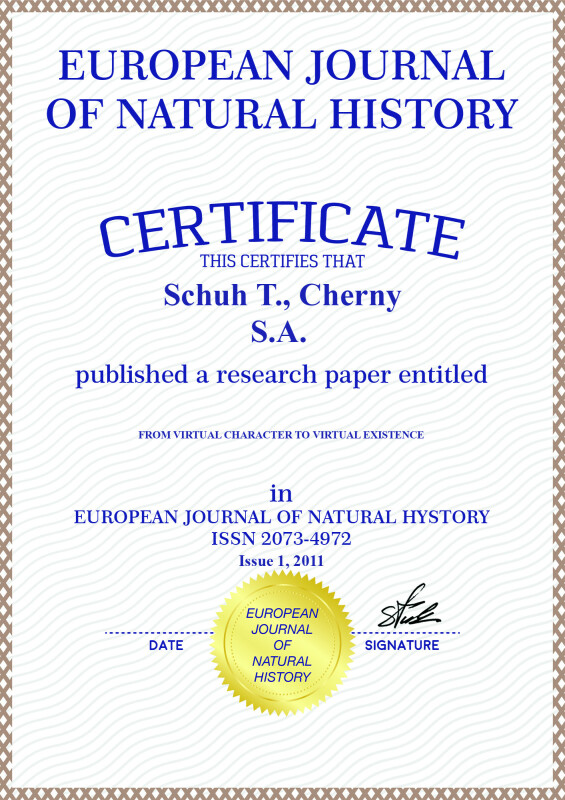 FROM VIRTUAL CHARACTER TO VIRTUAL EXISTENCE

Speaking about the virtual personality, one should not forget that its virtual existence is based on the creation of a virtual character. Term «character» is being used to describe the result of subject´s cognitive activity. By using the term one instinctively means the content of an object reflected by the character. From the epistemic point of view, the objective content of character could be described with the help of the following characteristics: structural, quantitative, qualitative, axiological, as well as by analyzing the structural and semantic relation between the character and the original.

The structural evaluation is based on the method regarding every study object as a whole system, consisting of interdependent components, which interact with each other and the environment, are integral, have an well organized stable structure, and exist autonomously in the environment. Scientific understanding of such system requires to learn the variety of its links and structures.

The quantitative characteristics allow to explain the properties and structure of the objects being perceived, using the data about the represented objects. Data necessary for such analyses are obtained in an empiric way, by means of direct and indirect measurements and estimation of intensity of the mentioned properties and existing interactions.

In the qualitative aspect, the character is determined by heterogeneity and insufficiency of the representation at the level of integral images of subjective perception, sensual and theoretical cognition of the variety in the Universe.

The axiological evaluation of character is possible through determination of the subjective value of the character for the person. As a product of mental activity and focus, the character is related to some of person´s needs and thus gains for him a certain importance.

The semantic aspect: the semantic function of virtual character is an ability of reverse projection of the image structure on the original. It distinguishes two modifications of the studied character: mental and sensual. The sensual image is based on the objectivity of our senses. It means that subject possesses not only the states of his sense organs, but also the reflected properties of things, which he then compares.

1. Compare the structure embodied in the character or in a notion with the types of empiric objects.

2. Compare the structure of a system content or an abstract notion with another, better studied class of systems or notions.