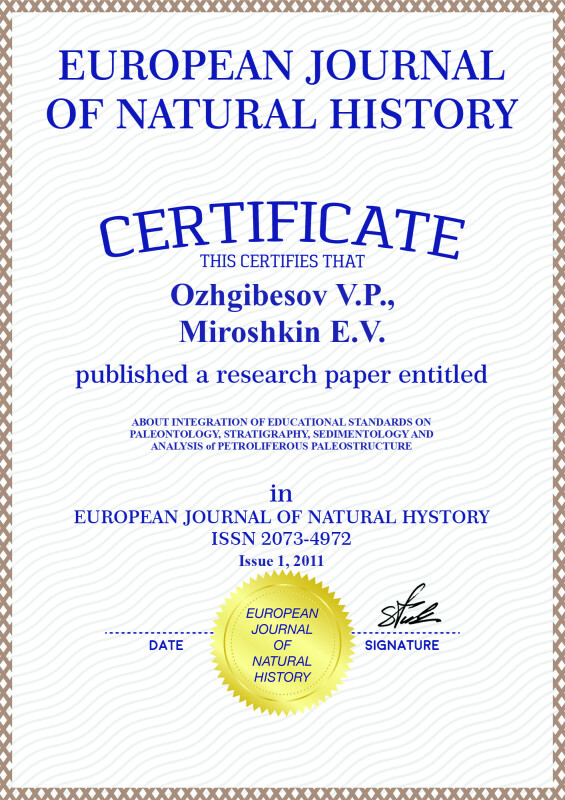 ABOUT INTEGRATION OF EDUCATIONAL STANDARDS ON PALEONTOLOGY, STRATIGRAPHY, SEDIMENTOLOGY AND ANALYSIS of PETROLIFEROUS PALEOSTRUCTURE

Educational standards for students-geologists on paleontology at various universities are close, as have the general basis: paleontological classification of fauna and flora and the characteristic of geological age of fossils. Programs and educational standards are pull together also with the decision of the general theoretical and practical problems: investigation of geological age of rock, conditions of sedimentary rock and a role of fauna and flora in their formation. Important information for studying paleontology in system of geological sciences gives stratigraphy, which orders specimens on stratigraphical scale.

The work is submitted to Scientific Conference «The Problems of International Integration of Educational Standards», (England (London)- France (Paris)), 23 April - 1 May, 2010, came to the editorial office on 24.02.2010.