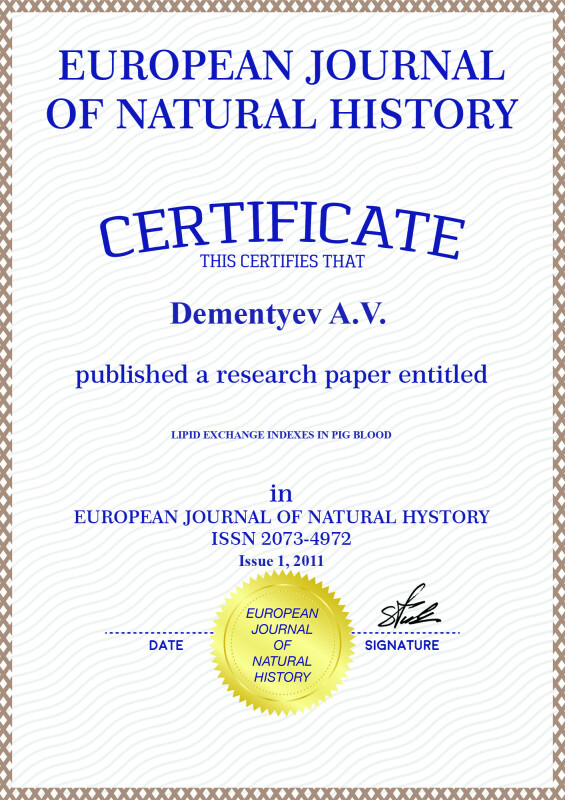 In addition to academic interest, the study in the content of lipids and their metabolism in organism is of great practical value. Lipids make up a vast group of substances greatly different in their chemical composition, functions and content in different organisms. They play a great role in vital processes. Lipids being one of the basic components of biological membranes, they exert influence upon the membranes permeability. They are involved in creating intercellular contacts to transmit nerve impulses. To protect different organs and tissues against mechanical impacts and produce thermoinsulating coatings of plants and animals is one of the main functions of lipids.

Successful achievements have been made to elucidate chemical structure of lipoproteins, composite proteins, that are composed of proteins and lipids. Fatty acids, neutral fats, cholesterids, phospholipids, etc., can be a part of lipoproteins. Lipoproteins are included in the composition of cellular, nuclear, mitochondrial and microsomal membranes. They can be found in nerve tissue, myelinic coats, retina, chicken egg-yolk, milk and blood serum. The composition of lipoproteins includes lipid nucleus surrounded by polar lipids and protein coating. Lipoproteins perform different biological functions. Cardiolipin, in particular, extracted from heart muscle has immune properties.

Lipoproteins can undergo peroxide modification that mainly occurs in arterial wall, but can happen in blood channel. The relationship is identified between the quantity of products of peroxide oxidation of lipids in blood and the emergence of cataract and atherosclerosis. Under the peroxide oxidation of lipids multiple breaks in membranes during chain reactions take place and may cause cell destruction.

An experiment was carried out at Closed Joint Stock «Landrace» in Novosibirsk region. The content of total lipids was examined in the blood serum of Landrace pigs during postnatal development. The animals were selected and grouped by the principle of analogues with regard to origin, breed, productivity, age and live weight. The pigs were kept following the technology for complexes and farms. The blood to examine was taken from aural vein. Statistical processing of the data was done with the package of applied software Statistica 6 and Excel.

The data obtained showed that lipid concentration in the blood serum gradually increases during postnatal development of the pigs. The lowest content of the examined parameter was found in 2-month pigs. At the age of 4 months the level of blood lipids was much higher. The highest content of the examined parameter was observed in 6-month gilts. In this age period the concentration of lipids was by 33,42 % higher (p < 0,001) in comparison with the animals aged 2 months.

The experiment detected a considerable growth of the level of blood lipids in the 6-month gilts and this testifies to intensive fattening in the period of ontogenesis.