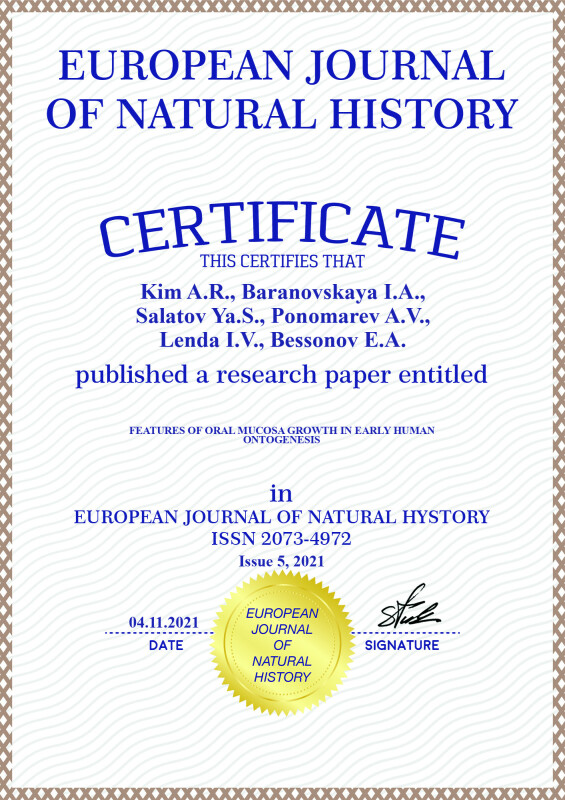 Article in PDF
1423 KB
In connection with a significant change in the lifestyle of a person over the past century, diseases associated with disorders and defects in the process of histogenesis of the oral cavity have sharply increased. The organs of the oral cavity have a unique ontogenetic and evolutionary development and structure. This primarily includes the growth of anomalies and congenital deformities. The embryonic development of the human oral cavity is of particular interest for research in medical science, since this is due to the fact that pathological processes occur as a result of signal interactions of cells corresponding to embryonic differentiation and development. The study of embryogenesis in order to search for key mechanisms of development and manifestation of pathological processes is relevant. The oral mucosa is a source for the use of molecular mechanisms involved in reparative processes in human tissues. With the help of appropriate research, it is possible to study the processes of growth and development of the oral mucosa in ontogenesis, as well as the proliferation, growth and differentiation of epithelial structures. In the presented work, the key processes occurring in the forming oral cavity of 10 human embryos at the stage of 3-5 weeks with the participation of cell migration processes are considered.
oral mucosa
stomodeum
ectoderm
endoderm
ontogenesis
embryogenesis
regeneration
keratinization
1. Melino G, Memmi EM, Pelicci PG, Bernassola F. Maintaining epithelial stemness with p63. Science Signaling. 2015. vol. 8. no. 387. DOI: 10.1126/scisignal.aaa1033.
2. Akiyama N, Yamamoto-Fukuda T, Yoshikawa M, Kojima H. Regulation of DNA methylation levels in the process of oral mucosal regeneration in a rat oral ulcer model. Histology and histopathology. 2020. vol. 35. no. 3. Р. 247-256. DOI: 10.14670/HH-18-147.
3. Akintoye SO, Mupparapu M. Clinical Evaluation and Anatomic Variation of the Oral Cavity. Dermatologic Clinics. 2020. vol. 38. no. 4. Р. 399-411. DOI: 10.1016/j.det.2020.05.001.
4. Amagasa T, Yamashiro M, Uzawa N. Oral premalignant lesions: from a clinical perspective. International Journal of Clinical Oncology. 2011. vol. 16. no. 1. Р. 5-14. DOI: 10.1007/s10147-010-0157-3.
5. Chen J, Ahmad R, Li W, Swain M, Li Q. Biomechanics of oral mucosa. Journal of the Royal Society Interface. 2015. vol. 12. no. 109. art. 20150325. DOI: 10.1098/rsif.2015.0325.
6. Sugibayashi K, Yamamoto N, Itakura S, Okada A, Hijikuro I, Todo H. Development of Spray Formulations Applied to the Oral Mucosa Using Non-lamellar Liquid Crystal-Forming Lipids. Chemical and Pharmaceutical Bulletin. 2020. vol. 68. no. 11. Р. 1025-1033. DOI: 10.1248/cpb.c20-00333.
7. Oliva J, Florentino A, Bardag-Gorce F, Niihara Y. Vitrification and storage of oral mucosa epithelial cell sheets. Tissue Engineering and Regenerative Medicine. 2019. vol. 13. no. 7. Р. 1153-1163. DOI: 10.1002/term.2864.
8. Roy RR, Shimada K, Murakami S, Hasegawa H. Contribution of transglutaminases and their substrate proteins to the formation of cornified cell envelope in oral mucosal epithelium. European Journal of Oral Sciences. 2020. vol. 129. no. 1. Р. 1-10. DOI: 10.1111/eos.12760

The mucous membrane of the gums and hard palate formed as a result of ontogenetic development consists of stratified squamous epithelium and the lamina propria of the mucous membrane. In the stratified squamous epithelium, there are 3 layers: basal, intermediate (prickly), superficial. On a histological section, the basement membrane is represented by a dense network of thin argyrophilic fibers, most of which are closely associated with the processes of the cytoplasm of the cells of the basal layer. The basal epithelium consists of a layer of cylindrical cells with basophilic cytoplasm, large oval nuclei with clear boundaries. The thorny layer is represented by a wide accumulation of several rows of polygonal cells with light cytoplasm and pronounced intercellular bridges. Some of the author admit the possible existence of a pronounced granular layer here, consisting of 2-5 rows of cells. In the thickness of the basal layer, epithelial stem cells are localized, which have a pronounced ability to mitotic division. Due to the formed cells that have entered into differentiation, the epithelial cells of the overlying layers of the epithelium change. The cells of the basal layer take part in the formation of the structural components of the basement membrane. The intermediate layer forms the bulk of the stratified squamous non-keratinizing epithelium. The cells of this layer, moving towards the surface layer, gradually lose their ability to mitosis. The maturation of these cells is capable of forming the surface of the epithelial layer. When studying a histological section of the oral cavity of an embryo, a layer of non-keratinizing epithelium is found, whose cells are capable of producing substances that have an antimicrobial effect. At the same time, the layer of non-keratinizing epithelium is much thicker than the keratinizing one. For these reasons, it can be argued that if the non-keratinizing epithelium in the oral cavity is thinner than the keratinizing epithelium, this can lead to a decrease in local immunity, which in turn will lead to congenital pathology. In the proper gum plate and the mucous membrane of the hard palate, densely located bundles of collagen and a thin network of elastic fibers, characteristic of fibrous connective tissue, are determined, between which fibroblasts, histiocytes, single or in the form of clusters of mast cells and lymphocytes are located [2].

Purpose of our research is the study of the mechanisms of development of the mucous membrane of the human oral cavity in ontogenesis.

The study was carried out with the permission of the Ethics Committee of the Far Eastern Federal University. The provisions of the Helsinki Declaration (2000, 2013) were taken into account and taken into account. Biopsies of the oral mucosa were obtained in accordance with the order of the Ministry of Health of the Russian Federation dated 04.29.94 N 82 «On the procedure for conducting pathological autopsies» and in accordance with the nomenclature of clinical and laboratory tests of the Ministry of Health of the Russian Federation (order of February 21, 2000, No. 64). Clinical material for the study was obtained at the Kolot Medical Center (Vladivostok) during 2019-2020. The biological material of 10 human embryos and fetuses, the age of which was determined according to ultrasound data and the Haas rule, was studied. Staining of biopsy sections was performed according to the classical protocol for the method using hematoxylin and eosin.

Results of own research and their discussion 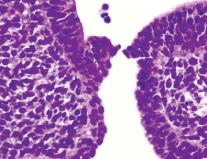 Fig. 3. The oral cavity of a human embryo of 5 weeks. Staining with hematoxylin and eosin. Microphoto. Magnification. х400 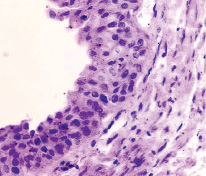 Fig. 4. The oral cavity of a human embryo of 5 weeks. Staining with hematoxylin and eosin. Microphoto. Magnification. x200

The surface of the oral mucosa is represented by stratified squamous epithelium. In the area of the tooth neck, the submerging ectodermal epithelium forms an enamel cap. Behind the neck of the tooth, a two-layer epithelium is revealed. The first is a bright basophilic basal layer, above which squamous epithelium with apically located nuclei is identified. The cytoplasm can be weakly colored or not colored at all. Nuclear-cytoplasmic ratios are high [4].

The mucous membrane is covered with stratified non-keratinized epithelium, under which the basement membrane is identified. In the lamina propria, blood vessels are revealed, the lumen of which is filled with erythrocytes, and numerous fibroblasts are revealed in the intercellular substance with a predominant content of the amorphous substance [5].

We found an increase in the length of the connective tissue papillae protruding into the epithelial layer, a change in the nuclear-cytoplasmic relationship towards their decrease. Differentiation of epithelial cells and their specialization correspond to a gradual increase in the barrier function of the integumentary epithelium of the oral mucosa. The regenerative potential gradually decreases, the structure of the connective tissue is characterized by the appearance of collagen fibers adjacent to the epithelial layer [6].

In the composition of the epithelium of the oral mucosa, cells appear, the cytoplasm of which is vacuolated, there are sufficiently large vacuoles that displace the nucleus to the cytoplasmic membrane. At the border of the prickly and basal layers, single Langerhans cells are located, mainly identified among the epithelium of the mucous membrane, which suggests and indirectly indicates the presence of antigenic presentation in the oral mucosa for restructuring at the stages of maturation. In the lamina propria of the oral mucosa, a leukocyte reaction can be observed, where monocytes, neutrophils and lymphocytes are identified, which are involved in the regulation of physiological regeneration.

It should be noted that the formation of keratinizing and non-keratinizing epithelium of the oral mucosa is determined by differences in the expression of cytokeratins in epithelial cells, and the differences begin to appear from 10-12 weeks of embryogenesis. At the same time, in the mucous membrane of the chewing type, the epithelium forms scallops protruding into its own lamina, as a result of which the border of the epithelium and connective tissue becomes wavy. As a result of proliferation and further differentiation of cells, the epithelial layer is gradually subdivided into layers (basal, prickly, granular and horny). Initially, before the eruption of teeth, keratinization in the epithelium is carried out by parakeratosis and only after their appearance – by orthokeratosis [7].

The source of development of the lamina propria of the mucous membrane is ectomesenchyme. First, the formation of an amorphous substance occurs, after which the process of fiber synthesis begins: at 6-8 weeks of embryonic development, reticular fibers are formed, and collagen fibers appear already at 8-12 weeks. Elastic fibers are formed at 17-20 weeks of development. The differences between the proper laminae of the chewing and lining mucosa are in the greater number of fibers in the mucous membrane of the chewing type. With the development of the latter in the mesenchyme, starting from 6-8 weeks of embryogenesis, clusters of mesenchymal cells appear, which turn into fibroblasts, intensively synthesizing fibers.

Knowledge of the development of the oral mucosa in human ontogeny are necessary to create an innovative platform for cellular technologies in medicine. This would help to exclude the common pathology of the formation of lateral clefts and underdevelopment, leading to non-union of the middle part of the upper lip with its outer part, which is a consequence of the appearance of the cleft lip, or the formation of a gap between the middle and lateral parts of the palate, which forms the cleft palate.