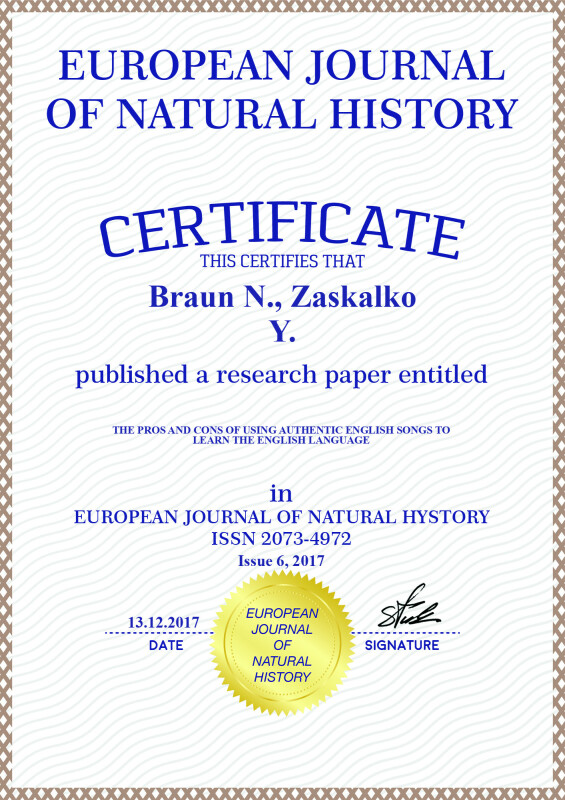 “Music is the soul of language”, –

If you like listening to music, your hobby can be helpful for your English. Good song helps not only to have a rest but it’s also helpful for learning new vocabulary. However, the majority of people considers that listening to the songs is not good way for learning language, because the text of songs often contains slanguage and foul language.

Grammatical rules are also broken in such lyrics. There is some truth in these words. But it doesn’t mean that the authors of the lyrics don’t know their own language. They only want to make the language of their songs simpler and bring closer to the speaking language which has wrong grammar phases, unusual word order, abbreviation, grammar mistakes. In general spoken language has many language deviations that we can’t admit in writing official language and in grammatically correct oral speech.

Despite this, there are many songs with grammatically correct sentences and various useful vocabularies. Nevertheless, one should accept that some obliqueness exits in the texts of songs. They are: the omission of endings, spoken reduction, breaking grammar rules, nonobservance of sequence of predicate and object, wrong forms of verbs in conditional sentences.

1. The omission of endings. When we listen to the songs in English we often can notice the pass of endings in different words. We can see it in lyrics of almost all modern English songs. Here are some examples:

Give me something sweet

I won’t let you get me down

There’s no one left in the world

As we can see there are apostrophes instead of last letters in written form of these words. There are many examples of lyrics with such words without last letters. The authors of these songs make their lyrics more rhythmical by this way.

2. Spoken reduction. It is short forms of common words that we use in our speech, when we speak fluently. For example, “gonna” is a short for of “going to”. If you try to pronounce “going to” fluently it will sound like “gonna”. Here are some examples of these grammar constructions in modern songs:

Cause we are the ones that want to play

Always want to go, but you never wanna stay (wanna = want to)

And we are the ones that want to choose

Always want to play, but you never want to lose, [4]

Come on, come on, turn the radio on

It’s Saturday and it won’t be long

Gotta paint my nails, put my high heels on (gotta = got to)

Hey, slow it down

Whataya want from me (Whataya = What do you)

Whataya want from me

In the clear moon light

We can make it to the end

Nothing can come between

– The amplification of degree of comparison of adjectives with the help of additional irregular forms.

I say you the bestest

Lean in for a big kiss

Put his favorite perfume on, [9]

Such a lonely day

4. Non-observance of sequence of predicate and object.

I just want you for my own

More than you could ever know

All I want for Christmas

The open wound she hides

She just keeps it bundled up

And never lets it show

She can’t take much more of this

But she can’t let it go

If I would have known it could have been you

See, I’d have all the money in the world, if I was a wealthy girl

No man could test me, impress me, my cash flow would never ever end

There are only some examples of breaking rules in songs which are written in English. Practically we have much more examples. It can be explained by incessant development of the language or by authors’ wish to make their song more “alive” by including in their lyrics words or phrases from our daily speech. This expedient makes lyrics more understandable and more harmonious to the music with which they sound. It can be called like visual-expressive way of language as well as metaphor, epithet or sarcasm. This visual-expressive way of language makes modern songs more native for their audience that consists of great number of young people.

For the most part foreign songs are helpful for improving the comprehension of spoken English and pronunciation, useful for expanding our vocabulary. There are many websites on the internet which use this method for teaching English. It is based on the comparing the written form of lyrics with the song, that person is listening at the moment.

We conducted young people survey (50 people at age 17–20) and its results helped us to draw the conclusions on trends of learning English among the students of Karaganda State Medical University. Most students said that they often listen to English songs (80 % of total number of people). Also student were interviewed about influence of English songs listening on process of learning this language. 66 % of respondents hold that listening songs helps to improve the English pronunciation. Less people find that English songs are helpful for expanding their vocabulary and for learning new grammar (only 18 % and 8 %, respectively). Great number of respondents knew about educational websites which use songs for teaching English language (42 % of students). 36 % of interviewed have heard about these websites but didn’t use them.

In conclusion, we would like to say that listening of English song is one of the most widespread methods used by young people when they study English on their own. This is illustrated by often using the websites with released lyrics of songs and by listening to music on their mobile phone while they are going to university, walking in the park, or doing chores around the house.

The authors want to thank the supervisor O.V. Kalinkina for the help in investigation and preparation of the article.