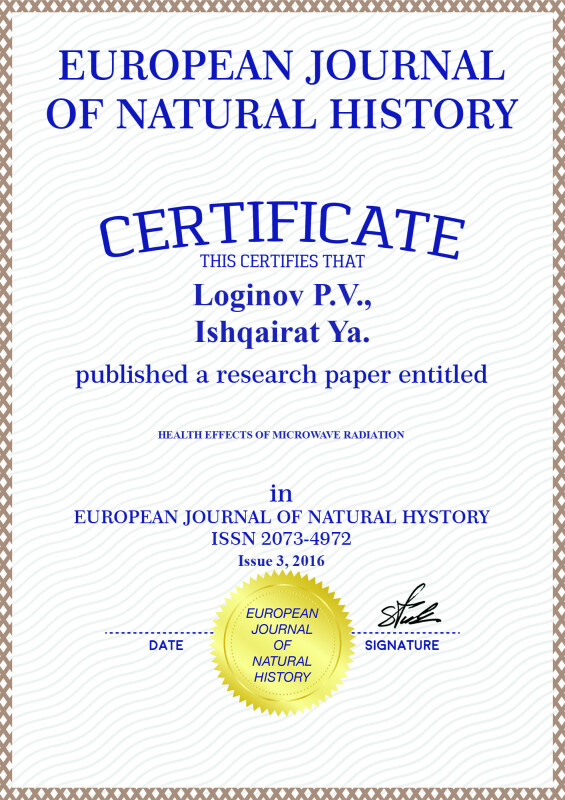 Electromagnetic waves come in a very wide range of wavelengths: there are radio, microwave, infrared (heat), visible light, ultraviolet, X-ray, and gamma-ray waves. All are used in medicine in one way or another. Microwave radiation is used in certain kinds of heat treatment, where the heat is generated in the target tissue (as in a microwave oven). Microwaves are a form of electromagnetic radiation with wavelengths ranging from one meter to one millimeter; with frequencies between 300 MHz (100 cm) and 300 GHz (0,1 cm). They are classified as non-ionizing radiation – radiation which can change the position of atoms but it is not strong enough to alter their structure, composition, or properties.

The work is submitted to the International Scientific Conference “Innovative medical technologies”, Russia (Moscow), 30 may – 1 June, 2016, came to the editorial office оn 13.05.2016.