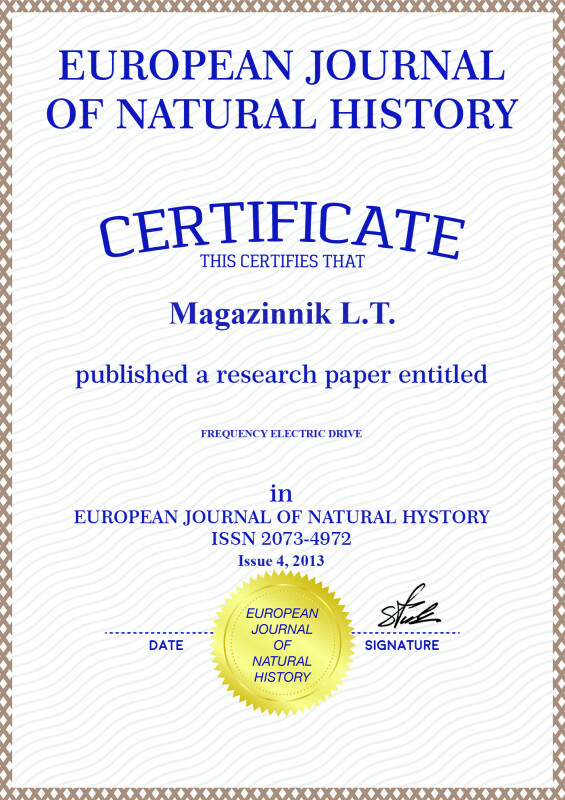 The artificial commutation facility contains a diode bridge VD2, and commutation condenser Cc is attached parallel to its direct current outputs, and corresponding keys of the condenser Cc are linked to the outputs of the inverter feed. As in well-known transistor invertors, reverse diode bridge VD3 serves to limit overpower and energy exchange between condenser Cc and motor M. Input of alternative current of diode bridge VD2 is plugged into volt-adding winding W3 of transformer T that is correspondingly-logically to secondary winding W2 of the mentioned transformer.

The design functions as follows: Let keys SW1 and SW2 close at a moment ωt1 (Fig. 2). Then, loading current Id from any operative pair of transistors of bridge VD1 transfers into a corresponding pair of diodes of bridge VD2 under the impact of volt-adding winding W3, and then into invertor VD4 through the mentioned closed keys (there a corresponding pair of transistors of invertor VD4 is opened simultaneously with the keys). Bridge VD1 deenergizes almost instantly and feed of motor M is delivered from condenser Cc and bridge VD2. By the moment of ωt2 (Fig. 2), in other words, in void time interval t1–t2 that is necessary for deenergizing thyristors of bridge VD1, commences a «discharge» of electromagnetic energy that has been accumulated in phases of motor M and inductances of dispersion of transformer T. By the moment ωt3 (Fig. 2), current in phases of transformer T and invertor VD4 decreases down to zero. The first stage of commutation is finished. Further, at the moment ωt3, unlocking impulses for the corresponding thyristors of rectifier VD1 and invertor VD4 are supplied from the control system (not displayed in Fig. 1). From the moment ωt3 to ωt4 current in the corresponding phases of transformer T and motor M increases to a value that preceded ωt1, and the process restarts in intervals that are defined by a given frequency f2 and, correspondingly, frequency of keys SW1 and SW2 response.

Fig. 2. Simplified diagrams of currents and voltage under f2 = f1; IVD1 is current in trysistors of rectifier VD1; UCc is voltage on condenser Cc; Id is current at the input of the invertor

Calculations of capacity of Cc considering transformer and motor inductances show us that, within the frame of voltage oscillations, Uck of the commutation condenser (Fig. 2) increases along with an increase of frequency f2. Particularly, if f2 ≈ 150 Hz, overpower altitude reaches 1,5 um (Fig. 2), where Um is an altitude of linear voltage U2 at ends of volt-adding winding W3 (voltage of the very winding W3) does not exceed (6–7) V).

1. Frequency-regulated electric drive with three-phase anisochronous or synchronous engine has been described. Engine feed is carried out from an autonomous voltage invertor with an original facility of group commutation that is general for rectifier and invertor.

2. Rectifier and invertor represent identical three-phase bridges on general-industrial thyristors that allows us to remove limitations of electric drive power.

4. Facility of artificial commutation that contains two keys at locked transistors, one unipolar condenser, and diode bridge provides for an even commutation throughout the whole mentioned range and free circulation of the reactive power between a feed source, load, and commutation condenser.

5. The developed frequency inverter can be used in electric drives of average and high power as well as for other active-inductive loads that are regulated in voltage and frequency.