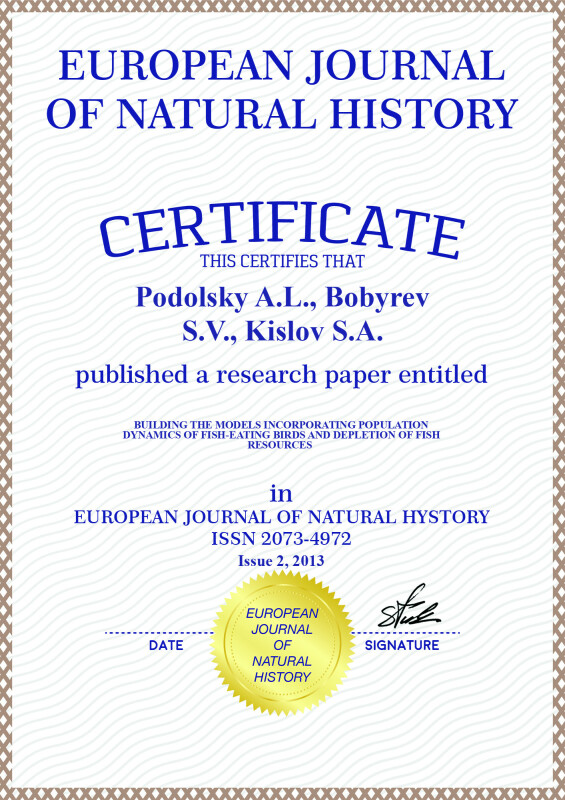 Global climate change and population explosions of certain fish-eating bird species are accompanied by expansion of their breeding ranges northwards along major rivers able to provide them with sufficient food resources. One of these species, the Great Cormorant (Phalacrocorax carbo L.) started breeding within Saratov oblast fairly recently. Since then, this species’ numbers increased exponentially. New breeding colonies of cormorants appear annually. Being fish-eating birds, cormorants hunt for fish in areas traditionally used by local population for fishing and recreation. Pungent and malodorous, cormorants’ feces destroy arboreal vegetation on islands where they breed. Consequently, recreational value of such islands diminishes. Additionally, fishermen and fish resource rangers think that cormorants endanger fish resources of the Volga River. In this context, research of the Great Cormorant impact on commercial and recreational fisheries is truly relevant to avoid both unjustified public protests and fish resource depletion.

– Birds start reproducing at the age of two years

– Annual adult female survival has a probability of PA

– Annual juvenile female survival (PJ) can be approximated at 0,5 PA

According to the model, the total population size at year t can be determined as:

Population growth rate λ can be computed using the modified equation of the earlier model (Podolsky, 2012 a, 2012b):

The model input includes processes determining changes in bird population structure and size and daily intake of fish by the birds of different age categories. The model outputs are both the estimate of the total fish intake by the birds and the ratio of annual fish resource depletion to the total fish resource amount in the region. Since the modeled system incorporates various processes, we used the object-oriented imitation modeling approach. First, we created the information system as the basis for our model. The information system is essentially the information model of the actual system describing the relationships between the cormorants and fish resources.

At the second stage, we created the hierarchical list of information objects included in the model. The objects were grouped in classes and subclasses of different orders as a dendrogram. Each subclass inherits all the attributes of the class and adds some specific attributes, which are inherited by inferior subclasses of the lower order of hierarchy. It is worth noting that each information object has associations with certain traits reflecting its specificity, indicators determining its condition, factors affecting the object itself, and processes connecting the indicators of its condition with those factors. In our model, the objects were: adult – i.e. reproducing third-year bird, subadult (non-reproducing second year bird), juvenile (first-year) bird, egg (clutch) and a nest.

At the third modeling stage, we compiled the list of information processes relating factors to the indicators of object conditions. Each process is assigned a conditional start. Some of the processes we considered in our system were: «Bird arrival to the breeding sites», «Nest-building», «Egg-laying» (for third-year birds), «Incubation», «Egg loss», «Nest loss», «Renesting», «Nestling-hatching», «Nestling-feeding», «Nestling loss», «Adult bird feeding», «Fledged juvenile feeding», and «Fall departure from the breeding sites». Block-structured nature of the model makes it possible to change numbers and parameters of its objects and processes. To ensure the possibility of modeling taking into account statistical nature of the processes, the model can use generators of random numbers for various data distribution types. The process duration and its termination time is are set up in the model as well.

Currently, the model is developed in MATLAB. We anticipate its future development using the C# language. If parameterized on the basis of empirical demographic field studies, the model can be potentially used for management decisions on cormorant population regulation in the region.