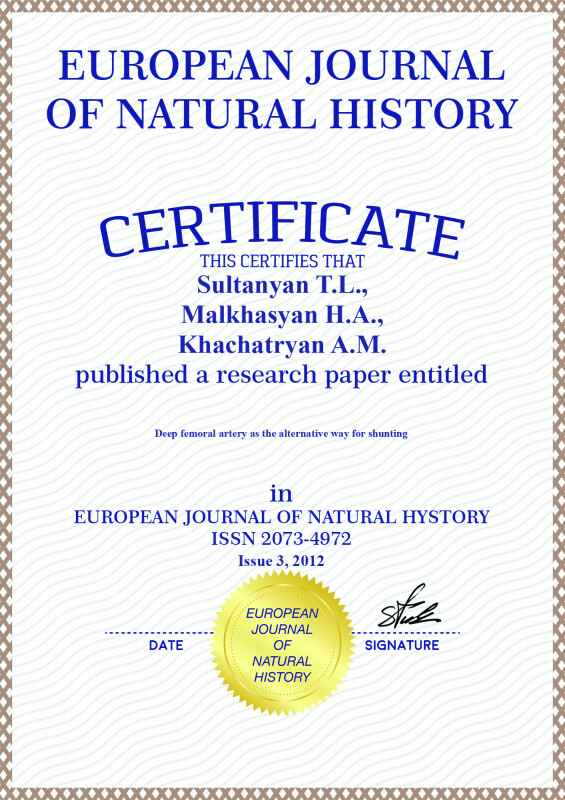 Deep femoral artery as the alternative way for shunting

The results of surgical treatment of 121 patients with atherosclerotic lesions of lower limbs´ arteries were studied. Surgical treatment was conducted on those patients using DFA as the sole recipient. By incorporating DFA into the bloodstream, 164 limbs were revascularized. To determine the functional abilities of the collateral system and to forecast the outcomes of revascularization via the DFA, C.H. Boren (1980) brought forward DPPI (deep femoral-popliteal pressure index), which is calculated on the basis of Doppler ultrasound.

It was noted that the progression of ischemia in patients with ChCILL (chronic critical ischemia of lower limbs) led to the need for amputations at various levels. In the control group during the first year the degree of saved limbs decreased by 7.44%, while the study group - by 10,85%. During one to three years, the figure was 13,61% and 12,04% respectively, i.e. an average of 6,8% and 6,02% for one year. Thus, the rate of lost limbs per year in the control group fell only 8,6%, and in the study group - by 44%, or by 1,8 times. According to the presented in the control group the mean value during the first ABI per month increased by 58,8%, and in the study group - by 28,1%. During the first six months the growth in the ABI was 5,5 and 14,6%, respectively, during the second half of the year - 3,5 and 21,7%. During one year it was increased by ABI 9,26% and 36,9%, and during the next two years there has been some decline - by 0,85 and 0,9% respectively (average for year). The described increase of ABI is caused by the development of lower limb´s collateral network from recovery of main bloodstream in DFA. Further reduction of these indicators is likely due to natural progressive atherosclerotic process.

The work was submitted to International Scientific Conference «Topical issues of Science and Education», Russia (Moscow), May, 21-23, 2012, came to the editorial office 16.05.2012.