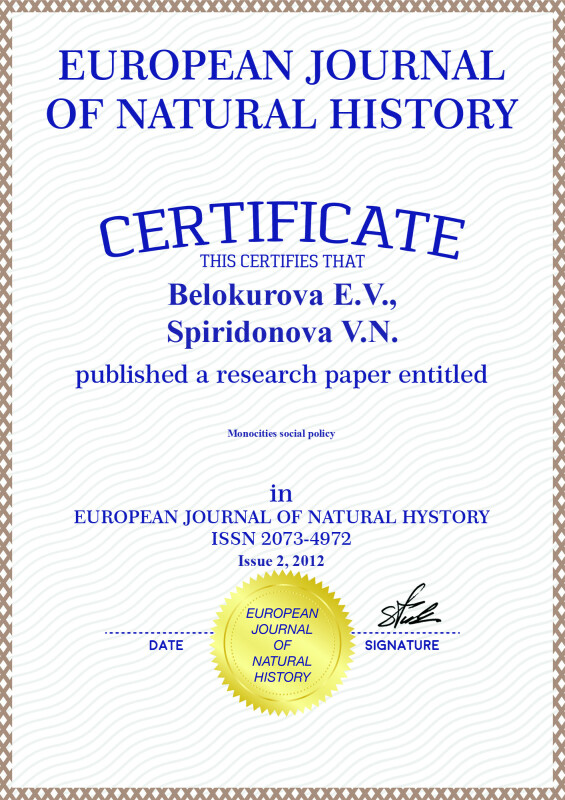 An importance of studying the problem of monocities is defined by the fact that such cities are a special form of territorial organization of regional economic systems. Lack of diverse production mono-sectoral character of development of a town is a widespread phenomenon that is typical for different countries and causes a number of negative consequences. Among those are: dependence of population on local authorities, the holder of enterprise that forms a town; uniform professional structure of population; low social mobility of residents. Obviously, a closure of the main enterprise can lead to the collapse of the whole city. According to the data of independent scientific-educational fund «Expert institute», in Russia 332 settlements of town type and 467 towns can be referred to the number of mono-profile objects. We can conclude that here we speak of 25 % of the whole urban population of the country that equals 24,5 millions of people and 49 % of gross regional product of Russian Federation.

New solutions in field of social policy in terms of monocities are necessary. First of all, we speak of modernization of a mechanism of interaction between different subjects: federal center, regional authorities, local self-government, corporations, institutions of civil society. At the national level a state policy on monocities, corresponding long-term federal target programme, macro-tools, aimed for improvement in regional investment climate must be developed. Regions ought to form action plans on preserving and developing specific mono-profile cities and define a complex of regional preferences. Local authorities are obliged to realize corresponding anti-crisis programmes with all necessary attraction of enterprises that form towns, and their strategies must imply tools to minimize possible social threats.

The work is submitted to the International Scientific Conference «Science and education integration », Australia, on February, 15-22, 2012, came to the editorial office оn 14.02.2012.