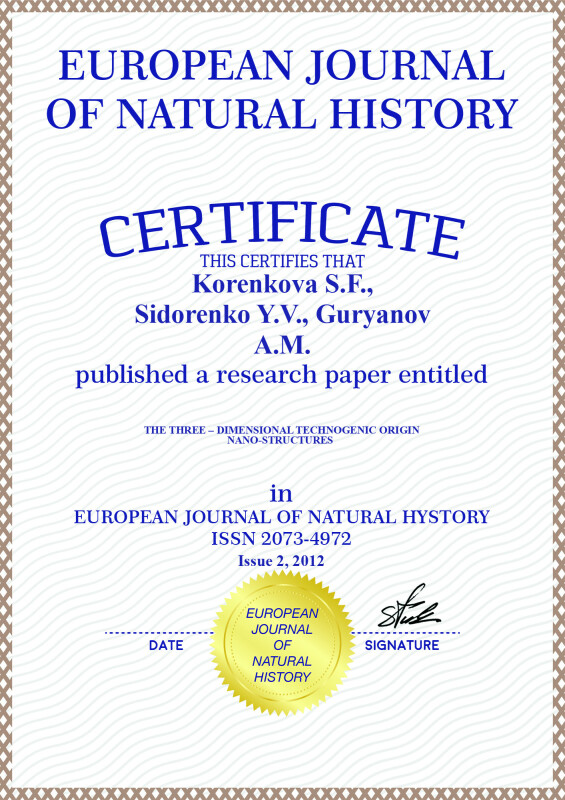 The special attention is focused on the low - rise building and the individual construction accelerating development, through the «Affordable and Comfortable Housing for the Russian Citizens» national project implementation, on the basis of the local and the inexpensive building materials, the factory production small - sized products. So, the building materials regional framework formation is created the preconditions for the scarce natural and the anthropogenic raw materials application, the energy expenditures and the economic costs reduction for its extraction and its further processing. Gradually, the complex - compound, the activated binding agents and the building materials on the basis of their wide - spectrum applications the production share is increased: the multi - layer constructions, the façade systems, the building envelopes of the low - rise buildings, etc. The significant amount of the industrial enterprises wastes is annually collected, that can be efficiently used, as the active admixtures and the supplements, including the nano-ingredients into the binding materials in the Samara region. Thus, this direction is quite different by its perspectivity, as such wastes sources are sufficiently a lot of in our region, and the wastes compositions, and the wastes compositions are met the main requirements, having laid to the components for the mineral binding materials receiving [1-3].

According to Kuster´s, Tammany´s, Haber´s, et. al. researches results, it has been determined, that the crystals appearance mechanism is laid down, under the condition of its coexistence, in the equilibrium with the mother liquid (e.g. the solution), on the basis of the precipitations formation (e.g. sludges) [4]. So, the equilibrium is resulted in the certain ratio existence between the crystallines´ sizes and the solution´s supersaturation degree: with the supersaturation increase its size is reduced down to the minimum level, at which the atoms´ smallest number is contained, sufficient for the crystalline cell construction. So, the resulting «primitive» crystallite, depending from the mother solution concentration, can either be grown, or be dissolved [4]. So, the Kuster´s views subsequent development is contained in the Haber´s work, and, namely, having put by him the presentations on the solid phase formation in the highly supersaturated solutions are presented the special interest, as he considers the amorphous and the crystalline chemical precipitations formation [4].

The precipitations (e.g. the sludges) are divided into three main groups, according to the classification of Boehm - Niklassen, which has been laid into the basis for the theory of Haben [4, 5]:

So, according to this classification, the carbonate and the sulfate sludge compositions, and also, as well as, the hydroxide ones with the predominance in the divalent metals composition are consisted into the first group. The carbonate and the sulfate sludge compounds may be the active ones in the fillings variety of the building complex - compound compositions (e.g. the cements, the mixed and the binding plasters, the concretes, the mortars and so on).

The sludge aluminate, the alumino-alkaline, and the alumino-calcium compounds are included into the second group. Their application is quite advisably in the ceramic materials compositions, in the multi-component binding ones, and etc.

The hydroxide sludges from the electroplating productions, the chromium, the nickel, the copper, the zinc and etc. are consisted in the third group. They are preferably to be used in the roasting technologies.

Thus, the sludges formation is the same, like the thin chemical technologies and the nanotechnologies, which can be attributed the sludges to the nanotechnogenic and the nano-anthropogenic raw material. So, the sludges overatom structure studies by the small - angle neutrons scattering method at the «Membrane-2» diffractometer (e.g. «The Saint Petersburg Institute of the Nuclear Physics» after B.P. Konstantinov, the Gatchina town) have been shown, that the particles size is made 40-80 nm. [7]. The sludges different nature fractal dimensions is found in the range of ~ 2,2-2,7 [1, 6-9]. So, the considered sludges main properties have been presented in the Table [3].

The mineral sludges, by the basic oxides content, may be divided into the groups with the predominance of: s-cations (e.g. Ca+2, Mg+2), p- and d- cations (e.g. Fe+3, Cr+3, Al+3). The sludges may be divided into the two groups, by the basicity modulus. The sludges, which are consisted, mainly, in the finely crystalline CaCO3, and also the hydroxide sludge, in which the CaCO3 and MgCO3 amount is prevailed over the metals hydroxides content, are included into the first group (e.g. M0 > 1). Then, the alumino-calcium, the alumino-alkaline sludges and the electroplating production sludges are related to the second group (e.g. M0 < 1).

Table 1 The Physico-Chemical Properties of the Mineral Sludges

The filtered sediment humidity is made up 40...70 %, larger part of which has been presented by the adsorptionally- and the chemi-sorptionally bound water. According to V.I. Roldugin data, the adsorption on the solid surfaces is not only resulted in the adsorbent material deformation, as the whole substance, but it can also be changed the solid phase surface structure [10]. So, the atoms and the molecules adsorption, as the physical one, well as the chemical one, can be changed the surface stresses value, which is caused the surface layers restructuring. This reconstruction is resulted in the surface area increase of the solid particles and their activity. The high adsorption capacity of the sludges, in relation to the water, is given them the structural and the rheological properties complex. The sediment, as well as every colloid system, has the high structure - forming ability, as the water part is gone into the bound - colloidly state, and it is given the plastic - connectedly structure to it. Thus, it can be stated, that the complex and the diverse processes are undergone at the sludge formation: the chemical ones (e.g. with the new substances formation), the physico-chemical ones (e.g. the adsorption, the coagulation, the micro-aggregation), the physico-mechanical ones (e.g. the compaction, the units and the solid particles thin grinding).

Their self-organization, having influenced upon the fractal structure formation is taken its place at the stage of the sludges formation (e.g. the waste water - the sediment). The uniformity coefficient has been adopted, as the self-organization measure in the studied area, that having determined the solid particles packing quality in the cement systems at the stage of their structure formation. So, it is quite well - known, that the self-organization processes are associated with the particles motion, and they are depended on their density, size, the ability to the collision, and their interaction with the other particles. So, the light and the variable moving sludge particles are passed through the non-equilibrium state into the quite stable one, which is determined their randomness high degree and the ability to be organized themselves at the formation stage. So, and this fact is conditioned by their homogeneity high final degree. This group filters are possessed the energy excess supply, the ability to the chemical interaction and the contact zone formation between the cement and the aggregates with the high adhesive strength. For example, having based on the M.M. Sychev, V.I. Solomatov, A.N. Bobryshev, A.N. Proshin, P.A. Rebinder and the other scientists´ and the scholars´ studies, it is noted in [6], that the structure-forming participation and the nano-dispersed filters modified influence is the result:

So, in the sediment, since its inception moment formation up to the dehydration process completion, simultaneously, the two processes are occurred - the stabilization (e.g. the composition averaging) and the physical and the chemical properties change of the sludge (e.g. the aging). So, the last phenomenon is most inherent in the sludges of the second and the third groups, which are the amorphous ones, and, eventually, they are grown old. This process is accelerated at the precipitations finding in the open air and under the heat action. Over some time, the amorphous compounds structure and properties are form-modified.

The material with high dispersion has the fractal structure. It has been found, that the carbonate sludges - are the water purification and the water - softening products at the thermal power plants (TPPs) - are presented themselves of the great practical interest, as the micro-dispersed fillers in the construction composite materials for the various purposes. The results of works, having carried out at the «Building Materials» Chair of the Samara State Architecture and Engineering University for many years have been shown, that, depending on the formation, the composition and the properties conditions, the sludges (such as, the carbonate, the alumino - calcium, and the alumino - alkaline ones) can be used, as the mineral glue at the structure and the properties formation, on the basis of the multi - component raw material mixtures, practically, almost in all the materials of the general building purposes (e.g. the heavy, the light, the cellular concretes, the ceramics, the masonry and the plaster solutions, etc.) [1-3, 6-9].

The work is submitted to the International Scientific Conference «Pressing questions of science and education», Russia (Moscow), on May, 21-23, 2012, came to the editorial office оn 06.04.2012.