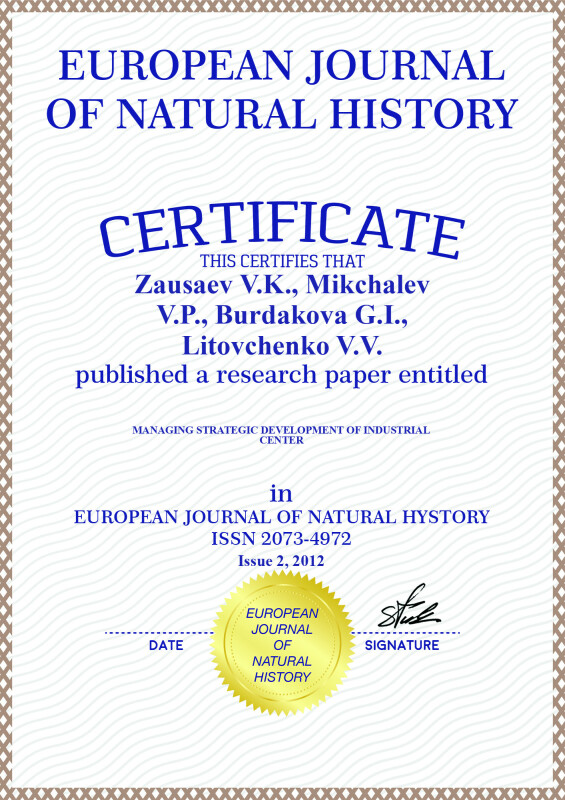 Formation of «new economy» is the main idea of the development of Russia at its modern stage. A significant element of this process is structural improvements of industry that specializes in raw materials. It is especially typical for eastern regions of the country, where in terms of establishing free market conditions it obtained hypertrophied forms and scales. Economic system that is directed towards initial limits that produce products of low added value has been formed. It limits reproductive abilities of Far East and is provided by a shortening in its demographic potential. If such trends go on, geostrategic interests of Russia can suffer seriously, especially if we consider our neighborhood with densely populated countries with dynamic economy and rare raw materials.

A presence of price-raising factors with a trend to grow is an objective term of Far East. Therefore, an effective economy can ground on such recourses and production of such goods and services, which value in Russia and all over the world will grow. These are wood, minerals, fuel and energy, biological and spatial recourses as well as economic-geographic position of Russian Far East. However, these foundations can not provide for strategic sufficiency and growth in significant mass of residents. The point is that sectors of prospecting of the described recourses require specific workforce and can not provide a full employment and qualitative reproduction for the whole population. Therefore, an increase in scientific-technical level of the economy that is based on the development of innovative production is necessary. It is why the Strategy of social-economic development of Far East and Baikal region for the period up to 2025 sets objectives of full-scale technological modernization in production, development of new economic sectors that provide for deep processing of raw materials, and creation of enterprises of innovative direction.

Of course, not everywhere within far-east region terms for high-technological industry that define high speed in economic development, are provided. And not everywhere they are necessary if we refer to abilities to provide favourable terms for human reproduction. However, the fact that they are necessary in the South of the region is non-discussable. This very territory corresponds to the «criterions of favourability» in its climate conditions that are not best for life, but absolutely acceptable for the formation of human potential.

Industrial centers -areas of intense and diverse development that give impulse to neighbor regions must become organization-territorial mechanisms of industrial development of Far East. Studying this process - that creation of highly-effective and competitive industrial complex - is the main purpose of this book.

Strategic development of the city of Komsomolsk-on Amur is considerably defined by geostrategic demands of the country and the region and is dependent on factors and terms of the outer order. It conditioned the usage of the system approach in link with the strategic plan for the regional development which is not, in our opinion, studied sufficiently in our country.

The work is submitted to the International Scientific Conference «Modern problems of science and education», Russia (Moscow), February, 27-29, 2012, came to the editorial office оn 18.01.2012.