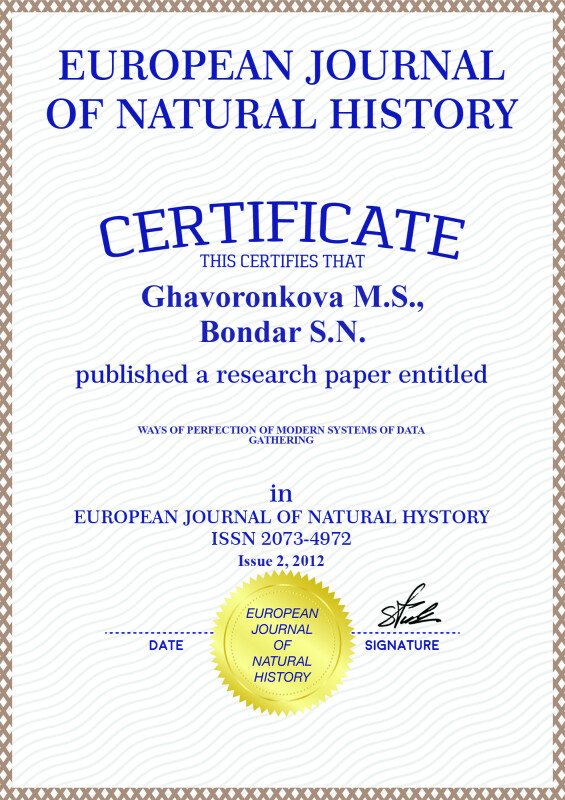 WAYS OF PERFECTION OF MODERN SYSTEMS OF DATA GATHERING

Scientific novelty of decisions offered by us consists that we work over increase of accuracy of the devices entering into block ADC and operations, realized by them, considering block ADC as difficult system. While neither among developers, nor in the technical literature to these operations it is not given proper attention. Developers of systems of data gathering simply use standard schemes of these devices, considering block ADC as «a black box».

We can realize two variants of such systems with use of the developed external modules of increase of accuracy ADC: on the basis of cheaper element base that will provide characteristics of our system, comparable with analogs. A principle: quality (accuracy) - too, the price - more low; or on the basis of the same element base that will provide increase of accuracy and efficiency of our system in comparison with analogs. A principle: quality (accuracy) - above, the price - a little above.

The expected result of our work is a universal system of data gathering with use of the developed modules of increase of accuracy ADC, with possibilities:

It is natural that the price of systems offered by us will be much more low, than at competitors.

The work is submitted to the International Scientific Conference «Fundamental researches», Dominican republic, April, 13-22, 2012, came to the editorial office оn 22.03.2012.