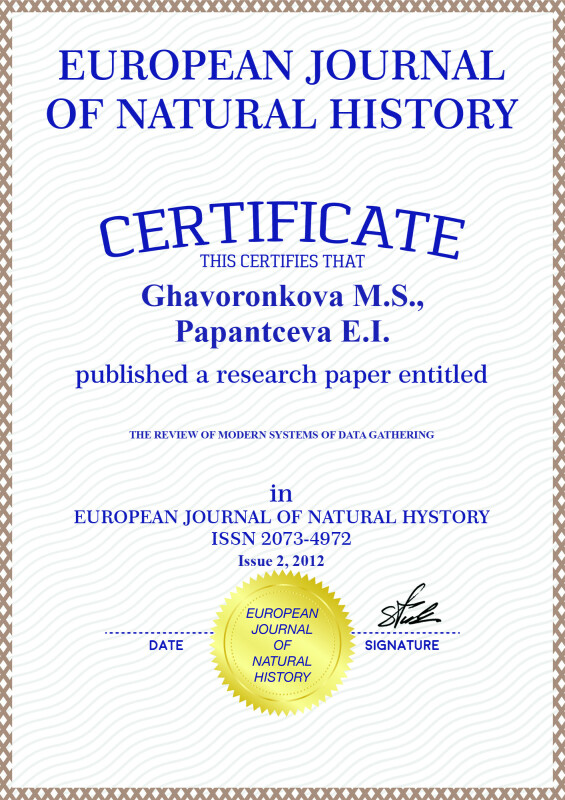 THE REVIEW OF MODERN SYSTEMS OF DATA GATHERING

The data gathering system is the complex of means intended for work together with the personal computer and the carrying out automated gathering of the information on values physical parameters in the set points of object of research from analog and-or digital sources of a signal, and also preprocessing, accumulation and data transmission.

Now a lot of attention is given to designing of systems of data gathering.

As a rule, data gathering systems are issued now in following kinds: the external modules of input-output ADC-DAC, connected to the computer through interfaces USB, RS-232 or Ethernet; the universal payments of input-output ADC-DAC established directly in the computer in sockets of tires PCI or ISA; LTR kreit - as modular system. First two executions are most extended.

The price of such systems of data gathering depends on the basic indicators of their main component - the analog-digital converter (ADC): word length (from 8 to 24 categories), frequencies (from units of Hz to hundreds in MHz), numbers of channels (from 2 to 32).

It is obvious that most expensive an element of modern systems of the data gathering, in such wide spectrum their price, the analog-digital converter is defining.

It is connected also by that at analog-digital transformation there is a problem: the more word length (that is potential accuracy ADC), the more slowly it works (that is the less its frequency of digitization). For today of the compromise while isn´t present. Developers aspire to create fast and exact ADC. And consumers not against, but want that it was not expensive. Here also it turns out that manufacturers of electronic components (ADC, DAC, sources of basic pressure, sample and storage devices) work over perfection of the products, periodically letting out high-precision, but very expensive copies. And developers of systems of data gathering complete the systems with typical, average blocks at the price, losing thus accuracy of system.

Therefore the alternative is required: to create inexpensive, but exact system of data gathering. Our scientific research is devoted working out of such system.