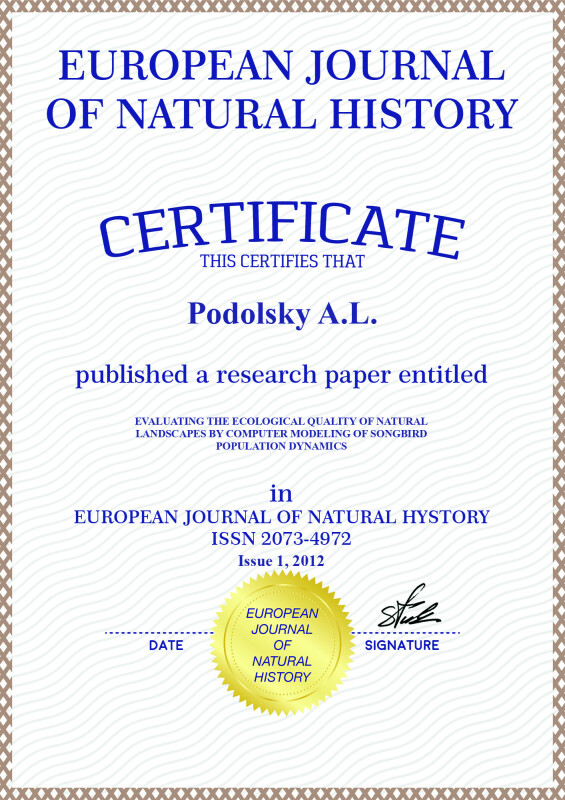 Strategies for protection and recovery of rare species of terrestrial vertebrate animals are often based on proper understanding of their population structure and dynamics along with their ecological requirements. Habitats suitable for breeding of a certain species alternate with unfavorable habitat patches. The common mistake of environmental managers is their assumption that the most effective protection of a declining species can be accomplished by protecting the best available patches of suitable pristine habitats for the species.

According to the theoretical meta-population paradigm [1], the regional population is composed of a number of local populations undergoing constant stochastic exchange of individuals between them. This pattern can lead to the extinction of local populations in selected landscape patches regardless of the habitat quality and conservation measures. According to the source-sink concept [2], habitat patches supporting population sources can produce a surplus of individuals to disperse to adjacent poor quality patches of sink habitats. Thus, besides giving high quality pristine landscapes an a priori protected status, an effective strategy for the protection of rare species at the regional level should also include an examination of the specifics of spatial and temporal dynamics of its populations and possible inclusion of the lower quality habitats in the regional network of protected areas. It could be even necessary to actively protect patches currently not inhabited by the species but which could be subsequently colonized as a result of the source-sink population dynamics.

The basic Pulliam´s model [2] for calculating population growth rates (λ) implies that λ = PA + PJF = 1 for populations in a state of equilibrium, λ > 1 for growing («source») populations, and λ < 1 for declining ("sink") populations, where PA and PJ are annual survival rates of adult and juvenile females, correspondingly, and F is an annual productivity. Choosing the Ovenbird, Seiurus aurocapilla L. (Emberizidae: Parulinae), as a model species based on its multiannual negative population trends in pristine landscapes in the Southern Appalachians, U.S.A. [3], I modified the model by specifying an average successful brood size (B) and adding probabilistic variables accounting for nesting success (ps) sensu Mayfield [4], re-nesting rates after unsuccessful breeding (pr), double-brooding rates (pd), and assuming equal sex ratio among the breeding individuals [5]:

I parameterized the above model through my field studies on 110 active nests and computer simulations. Ironically, the best pristine habitats of the Great Smoky Mountains National Park were not found to be ecologically significant sources for the Ovenbird (λ = 0,97). In fact, they were ecological traps [6] for this species that evaluates the quality of its breeding habitat primarily from visual cues. On the other hand, in some of the adjacent landscapes affected by human activities, breeding success and annual productivity of Ovenbirds were high. Such unpredictable meta-population dynamics was caused by the so-called paradox of predation [7]: high quality landscapes of the national park attracted, in addition to birds, a variety of mammalian and reptilian nest predators. Most of these predators were absent in low quality patches, where predation was caused mainly by relatively scarce Corvidae.

Therefore, an effective strategy for the recovery of the Ovenbird should include a wide network of habitat patches in both pristine landscapes and landscapes modified by human activities. In each particular case, some pilot studies identifying local population trends and meta-population dynamics would be very helpful.

The work is submitted to the International Scientific Conference «Computer simulations in science and technology», Andorra, March 9-16, 2012, came to the editorial office оn 07.02.2012.