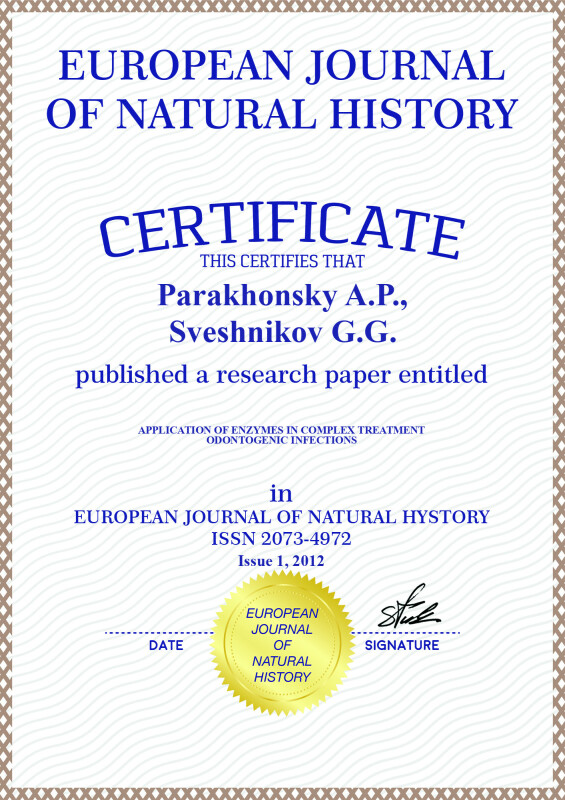 Despite improvements in treatment of inflammatory diseases of the maxillofacial region, the problem of purulent infection continues to actual. Reduced effectiveness of antibiotics, delayed clearance of necrotic purulent cavities of the masses, which are a kind of barrier to the penetration of drugs into the inflammatory focus, dictate the necessity of finding new treatments for odontogenic inflammatory diseases. Of surgeons for a long time drew attention of idea of ability to influence a course of rebellious processes with biologically active pharmaceutical enzymes. The aim of the work was to study the histomorphological changes of the skin from underlying dermis using the drug «Wobenzym» and its influence on the healing of the wound. The material of our observations was the 35 patients with acute odontogenic purulent processes of the soft tissues of the maxillofacial area in age from 20 to 60 years (12 women, 23 men). Admission and in the dynamics of the disease were carried out clinical and laboratory research. Morphological study of skin exposed to the underlying dermis. In the initial period, sides and bottom of the wounds were presented purulent-necrotic masses, the thickness of which depended on the extent of tissue damage. Detritus was closely associated with developing granulation tissue. Lumen of blood vessels, the underlying tissues was extended, indicating that the congestion in the area of the inflammatory process, a constant output of neutrophils, macrophages, and fibrin. Along with an inflammatory erythema resulting at mikrotromboz due to the progression of inflammation, foci of necrosis were observed. In the area of diffusely infiltrated by neutrophils subcutaneous noted the presence of microabscesses and microphlegmon, which were isolated from the main defect of the wound and remained incomplete after surgical treatment. The use of «Vobenzim» led to the sequestration of necrotic foci of active soft tissue dissection and readjustment of micro abscesses and micro phlegmon, reducing infiltration and edema of the border areas and the elimination of secondary necrosis of soft tissues. According to pathological studies in the treatment of wounds shortened the period of purification for 2-3 days, compared with the control group. The use of «Vobenzim» eliminated major manifestations of acute inflammation in the wound at the time of its purification from necrotic masses and led to the wound cavity filled with granulation tissue at 4-5 days of treatment. Analysis of the individual dynamics of wound healing process with abscesses and purulent processes and comparison of these data show that regardless of the stage of wound healing, in which treatment is started, inflammation subsided under the influence «Vobenzim» is an average of 5 days of starting treatment, whereas in the comparison group to the same result occurs in 7-9 days or more. Filling the wound defect was carried out by young granulation, to be emanating from a more mature granulation tissue, which appeared in populations secreting glikozoaminoglikanes fibroblasts. Thus, the results indicate a high efficacy of systemic enzyme therapy.

The work is submitted to the International Scientific Conference «Modern Problems of Experimental and Clinical Medicine», Thailand, 20-28 February 2012, came to the editorial office оn 07.02.2012.