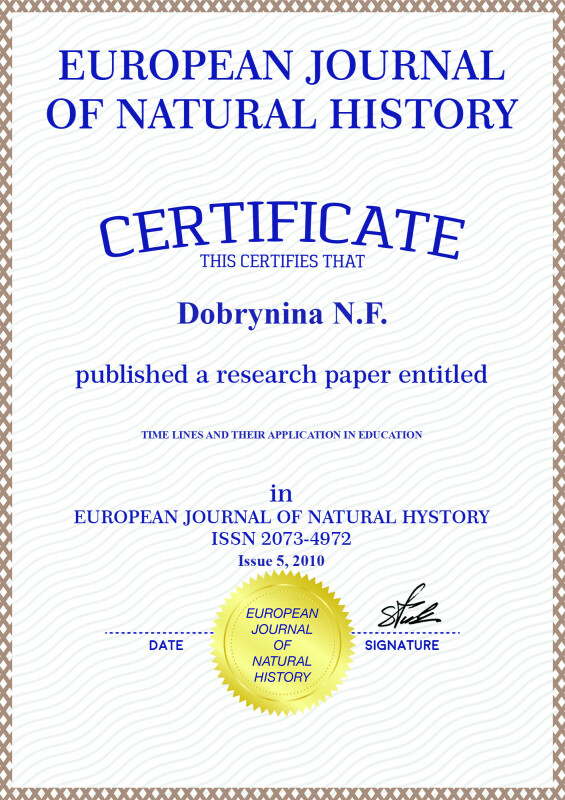 TIME LINES AND THEIR APPLICATION IN EDUCATION

Time lines is one of the most important object of statistic analysis. As scalar time line there is called a massive from N meanings of some dynamical system with constant step , где  The is examined a process of teaching at the higher education institution (university). As the xi we consider progress at the end of semester, Δt - time interval with the length of one semester, x0 - progress by the results of Unified State Examination, N - the quantity of the educational semesters. Such statistic model we can build for the prognosis of progress at the end of one semester by the control points of calculation of progress during one semester. As there are no more than three control points at one semester, that the prognosis at the short interval should be with the big error. The calculations were leaded by the statistical facts of progress by the mathematics at the speciality "Applied mathematics" of Penza state university, where different sections of mathematics are taught during 10 semesters.

For the beginning one can limit oneself to the linear functions F, to the models of type

Such model is called ARMA from the words autoregression (first sum) and sliding average (second sum). The coefficients ai, bj are found by the method of the least squares. This type of models is good for the prediction of next mean by the m previous. The real calculation of progress in maths in every next semester corresponded to the built model with little deviation and the error didn´t move over the limits of hundredth parts of the percent. While the studying of statistic models there were used following literature [1, 2, 3].

More exact prognosis of progress we can receive if we use the average mean of predictable quantity:

It´s suggested that previous means are known exactly. The noise is the compound part of linear models and linear prognoses can be done to the small number of steps forward.

The correlation (2) is a discrete analogue of compression of two signals: x(t) and ξ(t) with the finite functions a(t) and b(t):

The interval [0, T] is considered as the interval of time of teaching of one section of mathematics of one semester length or, at the more general case, the whole period of studying maths at the higher education institution.

Using the transformation of Fourier , we get a compression:

At the result of transformation of Fourier we get an expression:

If we solve this equation concerning X(ω), we´ll receive

Built linear model (2) is convenient that which it gives analytical results and its use doesn´t require a lot of mechanical time.

The work was submitted to the all-Russian scientific conference «Actual questions of science and education», Moscow, 11-13 of May 2010. Came to the editorial office 09.04.2010