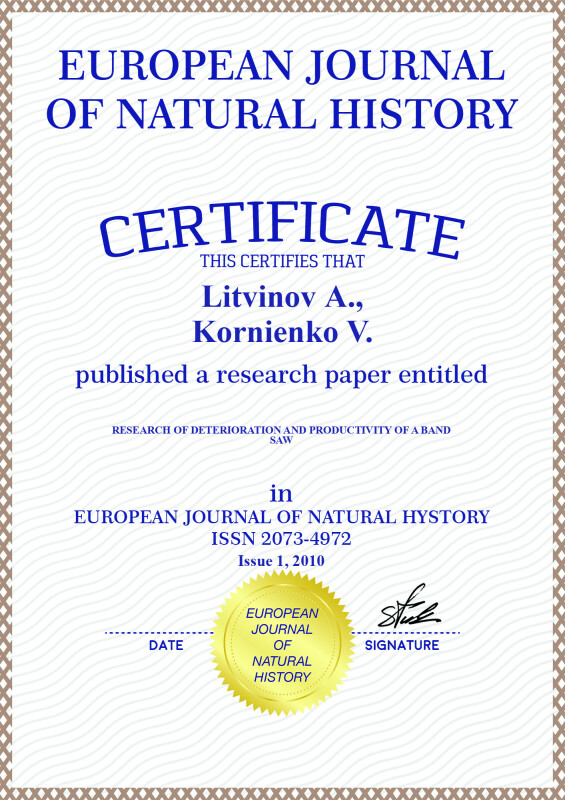 RESEARCH OF DETERIORATION AND PRODUCTIVITY OF A BAND SAW

Article in PDF
120 KB
In the given work specific characteristics of deterioration of band saws are considered that allow to predict sawing up process and raise firmness of the tool and its productivity.

Deterioration of teeth of a band saw on a back surface was measured in process of experimental sawing up material in diameter by 160 mm, which was steel 45. We applied the band saw machine model С8523 Joint-Stock Company "special design bureau ALMS" As a tool was used bimetallic band saws of firm "Rongen" in height of 27 mm with variable step of teeth at length of 25,4 mm As applied 10 % of a solution emulsion.

The band saw has many teeth which of them cut only small part in time of cutting. Sawing up by a band saw is one of the most effective ways of cutting considering distribution of heat and effort of cutting.

The work is submitted to the International scientific conference "Innovative Technology in Higher and Vocational Education", Tenerife, Spain, November 20-27, 2009. Came to the editorial office on 25.10.2009.