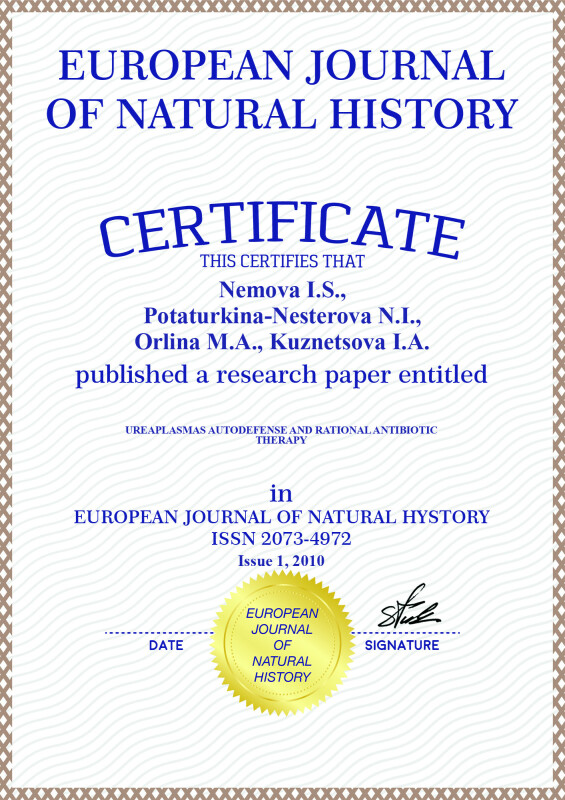 Article in PDF
54 KB
At present, the great number of schemes and the preparations are being existed, having used at the urogenital ureaplasmosis medical treatment, but the majority efficiency from them is being left at the low level, and, that is why, the adequate therapy search is also being left rather actual.

It is necessary to study the ureaplasmas sensitivity spectrum to the most accessible and the widely - used antibiotics at the practice, for the purpose of medical treatment efficiency rising of the urogenital ureaplasmosis.

64 women have been examined with the urogenital ureaplasmosis. Finally, the diagnosis has been completely confirmed by the clinical and laboratory methods.

Findings of the Investigation

The work was submitted to the International Scientific Conference «Diagnosis, therapy, prevention of socially significant diseases of humans», Antalya (Turkey), August 16-23, 2009. Came to the editorial office on 10.07.2009.