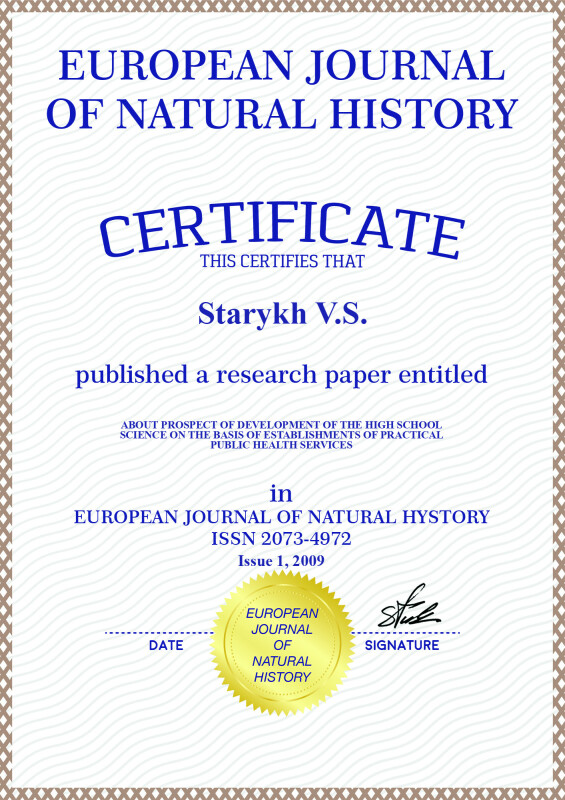 Federal Law of Russian Federation « About a science and the state scientific and technical policy »N 127-FZ from August, 23rd, 1996 (last addition from 01.12.2007 N 308-FZ) provides two kinds of scientific activity: research and scientific and technical. In high schools employment by scientific activity, and in treatment-and-prophylactic establishments which carry to sphere of services to the population is necessary, scientific work is not obligatory. Nevertheless, among the practical doctors, the much creatively presented people, capable to invent new medical production and to conduct scientific researches. So, in city clinical hospital №3 of M.A.Podgorbunskogo inventions on neurosurgery, traumatology, anesthesiology, resuscitation, abdominal surgeries, urology, endoskopy are created, radiology and to other specialities and 70 patents for inventions are received. At the international exhibition «Week of high technologies», passing in St.-Petersburg in June, 2003, the hospital is awarded by a silver medal. Doctors act with messages on concrete inventions and results of scientific researches at various congresses, the congresses and conferences. Practical doctors only our hospital protect, as a rule, in the Kemerovo state medical academy more than 40 candidate and two theses for a doctor´s degree.

Hospital experience has shown, when clinical chairs of medical high schools work in creative cooperation with highly skilled experts of clinical hospitals, use of a mental potential of establishments of practical public health services can bring the considerable contribution to development of a high school science and to scientific and technical progress to medicine. Results of research work become high school production, and scientific and technical activity - intellectual property патентообладателя. Various application of patented production, including at the professional organisation of patentno-licence trade on internal and the world market, at ability and diligence, can give additional incomes and open new economic prospects to owners of patents.

The work was submitted to international scientific conference «Prospects for the development of university science», Dagomys (Sochi), 20-23 September 2008. Came to the editorial office on 18.07.2008.