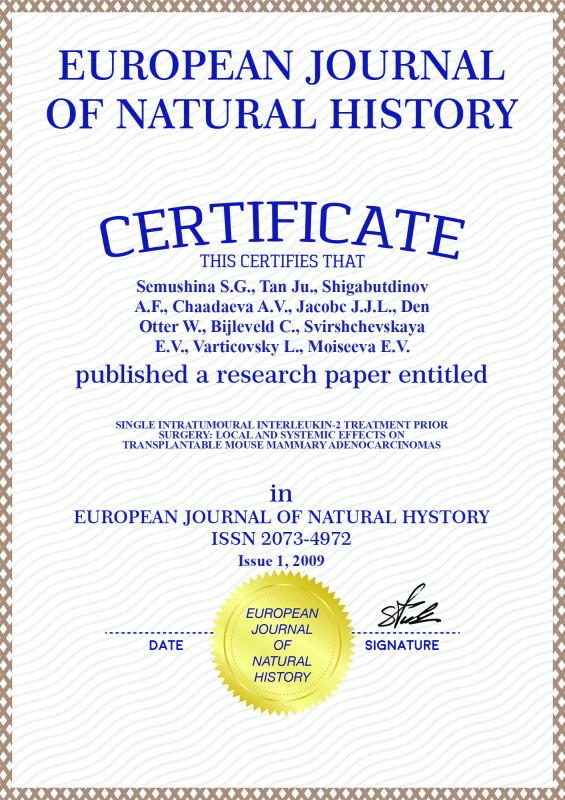 The problem of local and systemic breast cancer recurrence after radical mastectomy in both medical and veterinary practice is not yet solved. Earlier we showed in a number of mouse models of breast cancer that neither mammary carcinoma extirpation alone nor local peritumoural (PT) interleukin-2 (IL-2) therapy did not prevent deaths of recipient mice from tumour growth/relapse and/or lung metastases. However, advanced transplanted mouse mammary adenocarcinomas (MACs, therapeutic models) with early appearing tumours were more sensitive to single PT IL-2 therapy than late appearing MACs. It was also shown that single intratumoral (IT) IL-2 injection caused systemic anti-cancer effect in DBA/2 mice bearing advanced SL-2 transplanted lymphomas. We hypothesised that IL-2 therapy prior surgery may cause both local and systemic effects in preventing of appearance and growth of recurrent MACs and/or metastatic disease. To this end a combined surgical mouse model with a single intratumoural IL-2 application one week before MAC extirpation was developed. Growth rate of contra lateral untreated and non-extirpated "marker" MAC was used to visualise the IL-2 systemic effects. The aim of this research was to compare local and/or systemic effects of a single IT IL-2 application prior surgery in early and late arising transplantable MAC models. Local IL-2 effect was assessed before surgery by right-sided tumour growth delay and after surgery by frequency of appearance and growth rate of recurrent tumours. Systemic IL-2 effect was estimated observing the behaviour of untreated non-extirpated "marker" tumour and metastasis incidences. Efficacy of the IL-2 treatment was evaluated by the improvement in mouse survival in IL-2 treated groups versus controls. Surgery was provided under non-inhalation zoletil/vetranquil anaesthesia. All the recipients with advanced MAC loosing body weight were euthanized by cervical dislocation; tumours and organs of possible metastasis were analysed by gross morphology during post mortem examination and by histopathology.

Transplantable BALB/c MAC (Bc-MAC) in syngeneic males was used as an early appearing model having short latent period (lag<2weeks). Bc-MAC was previously characterised in female recipients as a fast growing non-metastasising MAC. Here, syngeneic males (n=33) were injected with 106 tumour cells (TC) per mouse at the right axillary fat pad (AFP) at day 0. At day 6 post transplantation (pt) all the recipients were additionally injected with 106 TC per mouse at the left AFP to produce a "marker" tumour. At day 10 pt single 1x106 IU dose of IL-2 per mouse was applied IT to the right-sided MAC of an average size of 4.27±0.08mm (n=16). Control males bearing right-sided MAC of average size of 4.26±0.07mm (n=17) received physiologic solution in the same manner. At day 15 pt all treated right-sided MAC were surgically extirpated; almost all left sided "marker" tumours were palpable at this time.

All the recipients with advanced MAC loosing tumour and body weight were euthanized by cervical dislocation; tumours and organs of metastatic potential were analysed by gross morphology during post mortem examination and by histopathology. Local IL-2 effect was assessed before surgery by right-sided tumour growth rate delay and after surgery by frequency of appearance and growth rate of recurrent tumour. Systemic IL-2 effect was estimated by frequency of appearance and tumour growth rate of untreated non-extirpated "marker" tumour and metastasis incidence. Efficacy of the IL-2 treatment was evaluated by survival improvement in the IL-2 treated groups versus survival of the control mice.

Previously we published that single PT 2.5x106 ME IL-2 treatment caused inhibition of early appearing transplantable Bc-MAC in the therapeutic mouse model. However, only trend to Bc-MAC inhibition was observed here after a single IT 1x106 ME IL-2 treatment. Possible explanations were more aggressive tumour growth in male recipients, smaller IL-2 dosage used, and/or another set of application: IT versus PT. For further analysis 2 subgroups of individual tumours were distinguished within Bc-MAC model at the time of a single IL-2 application (day 10 pt): (1) lag>10d having palpable tumours ≤ 5mm of size, n=23 (12 treated males and 11 controls), and (2) lag<10d having visible tumours >5 mm of size, n=10 (5 treated males and 5 controls). Analysis of tumour growth rate within lag>10d subgroup at day 13pt showed significant delay in tumour growth rate of the IL-2 treated MAC (5.78±0.59mm, n=12) versus this parameter in controls (7.65±0.62mm, n=11), p<0.05. However, single IL-2 injection in the visible at day 10 lag<10d Bc-MAC resulted in a tendency to tumour growth stimulation; probably IL-2 treatment was applied too late to these tumours.

Finally, before surgery we detected significant local tumour growth rate delay in the only lag>10d Bc-MAC subgroup. Importantly, both early appearing lag<10d Bc-MAC and late appearing lag>4w B6-MAC treated MAC exhibited trend to tumour growth stimulation. These results are in accordance with previously published data in mouse models of breast cancer and show that IL-2 therapy effect is strongly dependent on duration of latent tumour growth period, initial tumour size, and time of application. The IL-2 therapy advantage is proposed to be tightly dependent on a step of tumour-host interactions and, therefore, to be beneficial for a recipient only within a distinct phase (hypothesis of "closed frames" success). Consequently, this "closed frames" successful phase should be clearly recognised in an individual recipient before the IL-2 application.

Analysis after surgery showed, that frequency of cases with relapse was 50% in both the IL-2 treated and the control Bc-MAC. However, significant delay in recurrent tumour appearance and re-growth rate in treated mice comparing with these parameters in controls was observed. Early after surgery (before day 36 pt) treated mice survived better comparing with survival of controls that died bearing large recurrent right-sided Bc-MAC and pronounced metastases in the lungs. The longest treated survivors versus controls also demonstrated improved survival (after day 42 pt) due to absence of recurrent Bc-MAC, delayed marker tumour growth, and postponed metastasis spread. Average survival of treated males, however, was not prolonged, probably, due to the higher metastasis rate in the IL-2 treated males died between day 36 and 42 pt versus lower metastasis rate in the controls died within the same time. Similarly to all our previous observations, the longest survivors in Bc-MAC model were from the IL-2 treated group.

None recurrent B6-MAC was observed in both treated and control groups of B6 females validating our approach to use contra lateral marker tumour to detect the systemic IL-2 effect in this model. Interestingly, incidences of the cases with marker B6-MAC growth were higher in the IL-2 treated females in both lag<4w and lag>4w subgroups. However, the marker growth rate was significantly delayed in the treated versus the control females when calculated for the only tumour bearing females. This lead to improved survival in the IL-2 treated lag<4w subgroup (71% versus 50% in control) and the similar survival in the IL-2 treated lag>4w subgroup (57% versus 50% in control), day 105 pt.

Finally, clear indications of both local and systemic effects of a single intratumoral IL-2 treatment prior surgery in both models were registered. Survival was prolonged for distinct proportion of lag>10d recipients in early appearing Bc-MAC model and for lag<4w subgroup in late appearing B6-MAC model. Single IT IL-2 application in a schedule used, however, with precautions may be recommended to treat mammary carcinoma in medical and veterinary practice as both advantages and disadvantages were clearly shown.

The work was submitted to V international scientific conference «Present-day problems of experimental and clinical medicine», Thailand, February, 20-28, 2008. Came to the editorial office on 29.12.2007.