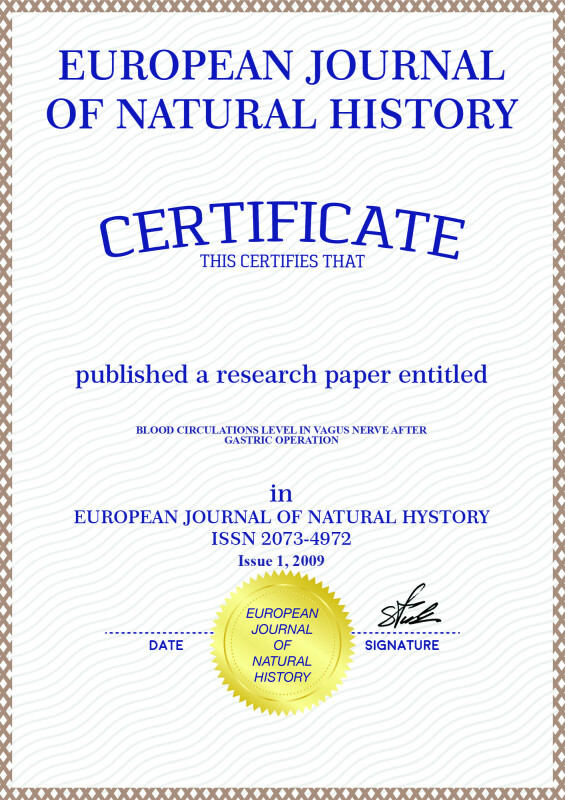 The state of blood flow in the vagus nerve gastric branches was studied in 17 animals (dogs). The main group consisted of 12 dogs, the control one - of 5 dogs. The animals´ age was from 2 to 5 years, they weighing 6,8±0,5 kg. The blood flow was defined in the nerve stem of the nervus Vagus by the hydrogen clearance method according to Smith (1977). Active electrodes were introduced through an epineurium puncture hole subepineurially. The introduction and fixation were performed in the enlargement of a surgery microscope. The blood flow was calculated according to Aukland (1964). The main group consisted of the animals, which submaximal doses of substrate antihypoxant "reamberin" in combination with prostaglandin were applied to. The specified preparations were not used in the control group. The n. Vagus blood flow level comparison in the experimental animals testified that an analogous picture was traced in the gastric wall. In the main group the blood flow values were higher during the operation, than in the control one (66,2 and 46,2 ml/min /100 accordingly). This value fall was significant enough after the operation. Especially in the control group - up to 22±3,1 ml/min /100 (that is 2,1 times less, than the original one). Such a decrease of the blood flow level was registered in the main group as well, but the given parameter value didn´t fall lower, than the average mark of 32,1±3,1 ml/min/100. The dynamics of blood flow establishment in the n.Vagus testified that the given process took course most intensively in the nerve tissue on the first day after the operation. Then a relative retardation of the establishment rate was registered. On the average, during a day the value increases by 1,5 ml/min /100. By the end of the investigation the average values of the blood flow volume were at the level of 41,1±6,1 in the main group, and 34,1±6,0 ml/min /100 - in the control one. The findings´ analysis testifies that the blood flow values are not constant in the course of the experiment; they are subjected to significant fluctuations. These fluctuations are unidirectional both in the animals with the prophylactic application of the substrate antihypoxant and prostaglandin and without it. The blood flow decreases considerably in nerve stems after the operation irrespective of the original level (twice). The most low blood flow values are registered in the group of the animals, which didn´t receive the substrate antihypoxant in combination with prostaglandin.