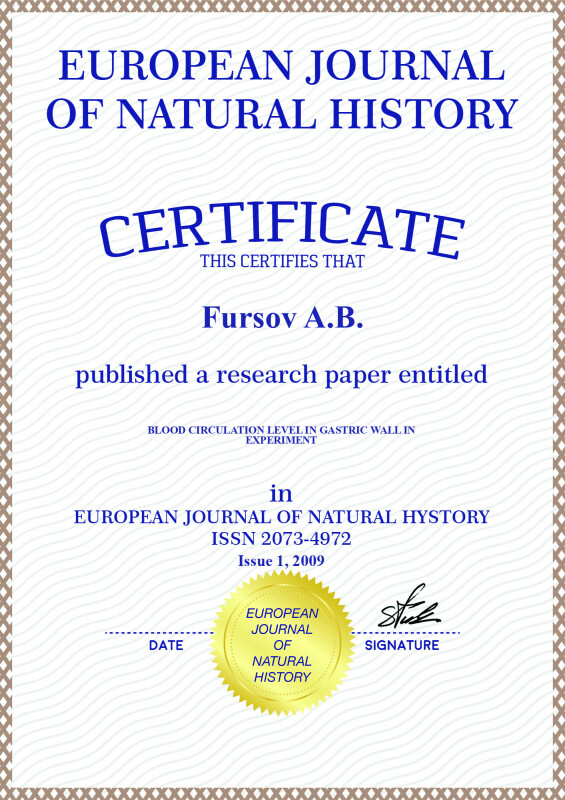 The state of gastric wall and vagus nerve blood circulation was investigated rheographically and by the method of hydrogen clearance according to Smith D.R. (1977) in 17 animals (dogs). The main group consisted of 12 dogs, the control one - of 5 dogs. The animals´ average age was 3,4 years, their weight - 6,8±0,5 kg. The methodology is based on the polarographic registration of the tissue hydrogen clearance. The registration was carried out through platinous and silver-chloride electrodes introduced into the gastric wall in the course of operation, then - once a day. The main group consisted of experimental animals, which submaximal doses of substrate antihypoxant "reamberin" in combination with prostaglandin were applied to. The given preparations were not used in the control group. The investigation purpose was to define the role of the substrate antihypoxant and prostaglandin in the gastric blood circulation disorders prophylaxis. It was found out that the gastric wall blood flow value (B) in both groups for the moment of the operation performance were high enough and were registered as 185±15,3 and 175±16,3 ml/min /100. Thereat, these values were a bit higher in the main group. In the postoperative period a significant blood flow index decrease was registered in both groups in the space of an hour after suturing. The highest decrease was registered in the control group - up to 59,5 ml/min /100 ( 2,9-fold), in the main group - 79,8 ml/min/100 (2,3-fold). The analysis of gastric wall blood circulation establishment dynamics in the following seven days testified that the process intensity in the groups differed in the degree of approximation to the norm. In the main animal group the values changed with a greater intensity - on the first day after the operation already B = 126,2±42,1 ml/min /100 (or 46,5% of the original one). Later a relatively uniform blood flow level increase was found out in both groups and with the same value increase. However, these values´ increase rate downtrend in both groups was registered since the 4th day. It was found out that a higher blood circulation in the gastric wall in the early postoperative period was one of the conditions for the gastro-intestinal tract motor function recovery. The application of substrate antihypoxant and prostaglandin increasing the level of tissues´ oxygenation and microcirculation improves the gastric blood flow indexes both during the operation and in the postoperative period.